Anthony Zerbe net worth: Anthony Zerbe is an American actor who has a net worth of $3 million. Anthony Zerbe was born in Long Beach, California in May 1936. He has more than 100 acting credits to his name starting in 1963. From 1975 to 1976 he starred as Lt. K.C. Trench on the television series Harry O. From 1989 to 1992 he starred as Teaspoon Hunter on the TV series The Young Riders. Zerbe has starred in several movies including The Omega Man, I Am Legend, Farewell, My Lovely, Kiss Meets the Phantom of the Park, License to Kill, The Turning Point, The Dead Zone, Star Trek: Insurrection, The Matrix Reloaded, The Matrix Revolutions, American Hustle, and more. Anthony Zerbe won a Primetime Emmy Award in 1976 for Outstanding Continuing Performance by a Supporting Actor in a Drama Series for Harry O. He also won a Western Heritage Award in 1993 for Fictional Television Drama for The Young Riders. 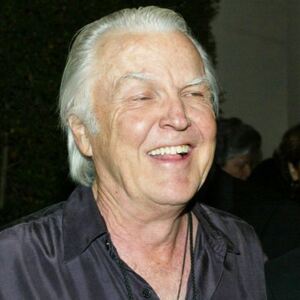