What is Anthony Rapp's Net Worth?

Anthony Rapp is an American actor and singer who has a net worth of $6 million. Anthony Rapp is best known for originating the role of Mark Cohen in the Broadway musical "Rent." Also on stage, he played Charlie Brown in the 1999 Broadway revival of "You're a Good Man, Charlie Brown," and originated the part of Lucas in the 2014 musical "If/Then." Rapp has also appeared in films such as "Adventures in Babysitting," "School Ties," "Dazed and Confused," and "A Beautiful Mind," and plays Lieutenant Commander Paul Stamets on the television series "Star Trek: Discovery."

In late October 2017, Anthony Rapp relayed a story from 1986 when he was 14 years old and was reportedly sexually propositioned by a much older Kevin Spacey. The allegations caused Spacey to issue an apology and at the same time, come out of the closet as a gay man. Something that had been long-suspected.

Anthony Rapp was born on October 26, 1971 in Chicago, Illinois to Douglas and Mary, who divorced three years later. He was raised by his mother in nearby Joliet with his older sister and his older brother Adam. Growing up, Rapp was involved in community theater, and won awards for his singing. He went to Joliet West High School, and also attended Interlochen Arts Camp in Michigan. In 1989, Rapp moved to New York to enroll as a film student at New York University, but ended up dropping out after one semester.

In 1981, Rapp made his stage debut in the off-Broadway show "Youth is Broken," and also appeared as a children's chorus member in a production of "Evita." He subsequently made his first appearance on Broadway in "The Little Prince and the Aviator," a musical based on the novel "The Little Prince"; however, the show closed during previews. Following this, Rapp appeared in "The King and I," "Precious Sons," "Six Degrees of Separation," "The Destiny of Me," "Sophistry," "Trafficking in Broken Hearts," and "Raised in Captivity."

Rapp had his breakthrough in 1995, when he originated the role of Mark Cohen in the off-Broadway production of Jonathan Larson's musical "Rent." He went on to play the role on Broadway, on a national tour, and on London's West End; later, in 2007, he reprised the role in a Broadway revival, and in 2009 performed it on another national tour. Rapp's credits in the latter half of the 90s are the off-Broadway show "Bright Lights, Big City" and the 1999 Broadway revival of the musical "You're a Good Man, Charlie Brown," in which he played the titular character.

In 2001, Rapp appeared in his brother Adam's play "Nocturne." The next year, he starred as the titular king in a production of "Henry V" in Boston. Rapp's subsequent credits were "Hedwig and the Angry Inch," "Private Jokes Public Places," "Little Shop of Horrors," and "The 24 Hour Plays." In 2005, he played Dr. Madden in the world premiere of "Feeling Electric," a rock musical that later became "Next to Normal" on Broadway. From 2007 to 2014, Rapp performed the one-man show "Without You," based on his own memoir. During this time, he also appeared in "Some Americans Abroad" and "POP!," and originated the role of Lucas in the musical "If/Then," costarring his fellow "Rent" alum Idina Menzel.

Rapp made his feature film debut in 1987, appearing as part of the ensemble of the teen comedy "Adventures in Babysitting." Subsequently, he was in "Grave Secrets," "Far from Home," and "School Ties." Rapp had one of his biggest years on screen in 1993, when he appeared in two acclaimed films: the coming-of-age comedy "Dazed and Confused" and the dramedy "Six Degrees of Separation," in which he reprised his role from the original stage version. He was next in the smash-hit disaster film "Twister." Rapp closed out the 90s with a role in the comedy "Man of the Century."

In the early 2000s, Rapp appeared in the sex comedy "Road Trip" and the biographical drama "A Beautiful Mind," the latter of which won the Academy Award for Best Picture. He also appeared in the musical "Open House." In 2005, Rapp reprised his stage role as Mark Cohen in the film adaptation of "Rent," and also appeared in the dramedy "Winter Passing," directed by his brother. His other credits include "Let Them Chirp Awhile," "Blackbird," "The Other Woman," "Junction," "Do You Take This Man," and "bwoy." 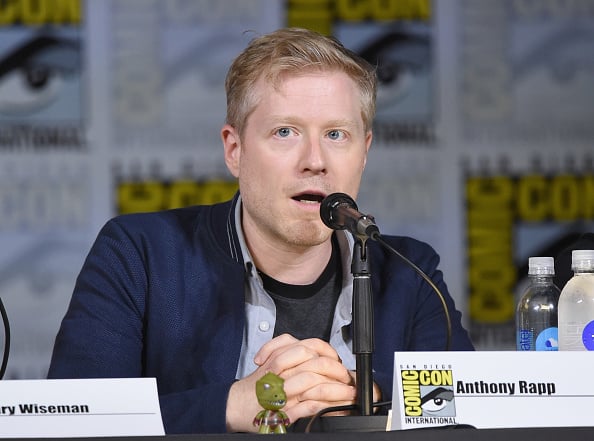 In 2015, Rapp was in two episodes of "Stop the Bleeding" and three episodes of "The Knick." He landed his biggest television role yet in 2017, when he began playing the main role of Lieutenant Commander Paul Stamets on "Star Trek: Discovery"; notably, it's the first character in the television franchise to be openly gay. Rapp has also appeared on the Netflix series "13 Reasons Why" and in the docuseries "Equal."

Rapp is considered one of the first openly gay men on Broadway, having come out to his mother at the age of 18. However, he prefers to identity as queer, and has also identified as bisexual in the past. In November of 2019, Rapp got engaged to his boyfriend Ken Ithiphol.

In December 2021 Anthony paid a little over $3.5 million for a New York City condo.

In 2017, Rapp alleged that Kevin Spacey had made inappropriate sexual advances on him when he was 14, and Spacey was 26. He was inspired to come forward during this time by the burgeoning #MeToo movement. Following his accusations, numerous others reported stories of sexual misconduct by Spacey over the years. In 2020, Rapp sued the actor for sexual assault, sexual battery, and intentional infliction of emotional distress. 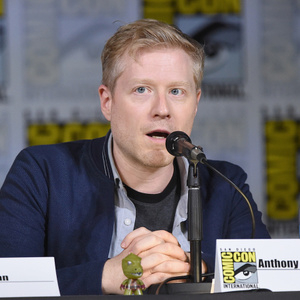