Anthony Perkins net worth: Anthony Perkins was an American actor and singer who had a net worth of $6 million at the time of his death (after adjusting for inflation). Anthony Perkins is best known for starring as Norman Bates in the movie Psycho and its sequels.

Anthony Perkins was born in New York City, New York in April 1932 and passed away in September 1992. He made his debut in the movie The Actress in 1953. Perkins starred in the 1956 film Friendly Persuasion and won a Golden Globe Award for Most Promising Newcomer and was nominated for an Academy Award for Best Supporting Actor. He starred as Norman Bates in the movie Psycho in 1960 and won the Cannes Film Festival Award for Best Actor for Goodbye Again in 1961. Perkins was nominated for a National Society of Films Critics Award for Best Supporting Actor for the films Catch-22 and WUSA in 1970. He starred in and directed Psycho III in 1986 and was nominated for a Saturn Award for Best Actor. Perkins received two stars on the Hollywood Walk of Fame in 1960 for Motion Picture and Television. He was married to Berry Berenson in 1973 and had two children Oz Perkins and Elvis Perkins. Anthony Perkins passed away on September 12, 1992 at 60 years old from AIDS related pneumonia. 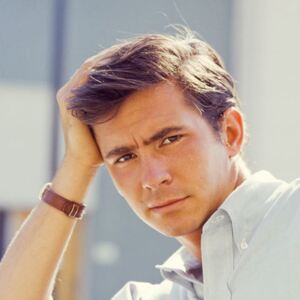