What is Anthony Michael Hall's Net Worth and Salary?

Anthony Michael Hall is an American actor, producer, and director who has a net worth of $4 million. Hall first became famous after he starred in many teen-oriented films of the 1980s, such as "Sixteen Candles" (1984), "The Breakfast Club" (1985), and "Weird Science" (1985).

Anthony Michael Hall was born Michael Anthony Thomas Charles Hall on April 14, 1968, in West Roxbury, Massachusetts. His mother, Mercedes, was a blues-jazz singer, and his father, Larry, owned an auto body shop. Anthony's parents divorced when he was just 6 months old, and he moved to the West Coast with his mother at the age of 3. Less than two years later, they returned to the East Coast and eventually settled in New York City. Hall has a half-sister, Mary Chestaro, from Mercedes' second marriage, and he studied at St. Hilda's & St. Hugh's School of New York and the Professional Children's School. He started acting when he was 8 years old, and his mother served as his manager during the 1980s before letting her second husband, show business manager Thomas Chestaro, take over. Hall uses the name Anthony instead of Michael because when he began his acting career, another actor named Michael Hall was already a member of the Screen Actors Guild.

Anthony began starring in commercials at age 7, including ads for Honeycomb cereal and Bounty candy bars. In 1977, he made his stage debut in a production of Steve Allen's play "The Wake," and he later appeared in the Woody Allen play "St. Joan of the Microphone" at the Lincoln Center Festival. Hall portrayed a young Edgar Allan Poe in the 1980 television film "The Gold Bug" and Huckleberry Finn in the 1982 TV movie "Rascals and Robbers: The Secret Adventures of Tom Sawyer and Huck Finn," and he first appeared on the big screen in 1982's "Six Pack."

In 1983, he played Rusty Griswold in "National Lampoon's Vacation," which grossed $61.4 million against a $15 million budget, and he followed it with John Hughes' "Sixteen Candles" in 1984. Anthony reunited with Hughes for 1985's "The Breakfast Club" and "Weird Science." "The Breakfast Club" also starred Molly Ringwald (Hall's "Sixteen Candles" co-star), Ally Sheedy, Judd Nelson, and Emilio Estevez, and the group became known as the "Brat Pack," along with Rob Lowe, Demi Moore, and Andrew McCarthy. In 1985, Anthony joined the "Saturday Night Live" cast, but he was fired at the end of the season, as were Robert Downey, Jr., Joan Cusack, Terry Sweeney, and Randy Quaid. After "SNL," he starred in 1986's "Out of Bounds" and 1988's "Johnny Be Good." 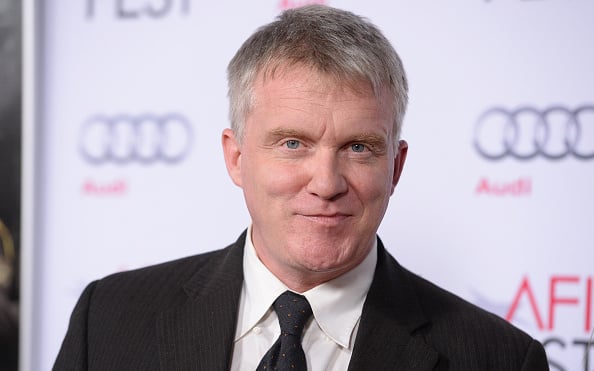 In 2008, Hall played Mike Engel in "The Dark Knight," which was a massive hit, grossing $1.005 billion at the box office. He guest-starred on "Community" in 2009 and 2011 and "CSI: Miami" in 2010, and in 2011, he had a recurring role on the Syfy network's "Warehouse 13." In 2012, Anthony reprised the role of Rusty Griswold in holiday commercials for Old Navy, and the following year he played Harris Trout on three episodes of "Psych" and appeared in the film "Friend Request" and the TV movie "Zombie Night." He appeared in the Oscar-nominated film "Foxcatcher" in 2014, followed by "Results" (2015), "Natural Selection" (2016), "Live by Night" (2016), and "War Machine" (2017). Hall landed a recurring role on the TNT series "Murder in the First" in 2016, and in 2018, he played the principal on the "Riverdale" episode "Chapter Thirty-Nine: The Midnight Club," a flashback episode that serves as an homage to "The Breakfast Club." In 2019, he guest-starred in a "National Lampoon's Vacation"-inspired episode of "The Goldbergs," and he began appearing as a different character, guidance counselor Mr. Perott, in 2020. In 2019, it was announced that Anthony had been cast as Tommy Doyle in "Halloween Kills," the 12th film in the popular "Halloween" franchise.

In 2016, Anthony began a relationship with his "War Machine" co-star Lucia Oskerova, and they became engaged on September 7, 2019. He is the godfather of Indio Falconer Downey, Robert Downey Jr.'s eldest son.

In November 2016, Anthony was charged with felony battery with great bodily injury after allegedly assaulting his neighbor, Richard Samson. Hall pleaded no contest to a lesser charge, misdemeanor assault, and in September 2017, he was sentenced to three years of probation as well as 40 hours of community service.

Anthony is the founder of The Anthony Michael Hall Literacy Club, which provides literacy and tutoring sessions to at-risk youths.

In 1985, Hall won a Young Artist Award for Best Young Actor in a Motion Picture – Musical, Comedy, Adventure or Drama for "Sixteen Candles," and "The Breakfast Club" cast won a Silver Bucket of Excellence Award at the 2005 MTV Movie Awards. In 2003, the Academy of Science Fiction, Fantasy & Horror Films nominated Anthony for Best Actor in a Television Series for "The Dead Zone," and he was nominated for Best Lead Performance for "The Lears" at the 2017 Orlando Film Festival. In 2015, the "Foxcatcher" cast earned a Best Ensemble nomination from the Central Ohio Film Critics Association. 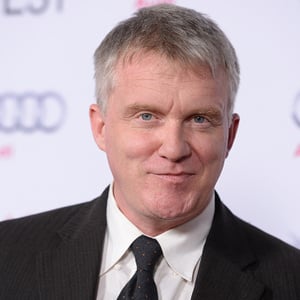