Anthony McPartlin net worth and salary: Anthony McPartlin is an English actor, television presenter, singer, and rapper who has a net worth of $40 million dollars. Born in Newcastle upon Tyne, England on November 18, 1975, McPartlin is best known for his TV comedy duo, Ant & Dec. He has been active in the entertainment industry since 1987 and has also appeared on Byker Grove, SMTV Live, Friends Like These, Pop Idol, I'm a Celebrity… Get Me Out of Here!, Ant & Dec's Saturday Night Takeaway, Britain's Got Talent, PokerFace, Push the Button, and more.

He stands at five feet and eight inches and is currently married to Lisa Armstrong. He has received several awards throughout his career as a television presenter including The Special Recognition Award, Best Entertainment Presenter, Best Entertainment Programme, Best Reality TV Programme, The Landmark Award, and six more awards for his comedy acts. 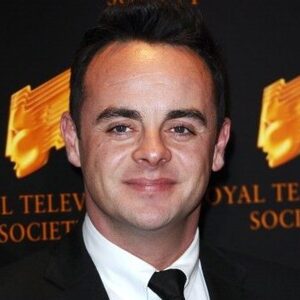