What is Anthony Mackie's net worth and salary?

Anthony Mackie is an American actor who has a net worth of $8 million. He is perhaps best known for appearing in the Marvel films as Captain America. He has also appeared in such Off-Broadway and Broadway plays as "The Bacchae" and a "Behanding in Spokane", and in such films as "Brother to Brother", "She Hate Me", "Million Dollar Baby", "Half Nelson", "The Hurt Locker", "The Adjustment Bureau", and "Real Steel," among several other films.

Anthony Mackie was born in New Orleans, Louisiana on September 23, 1978 to Martha Gordon and Willie Mackie Sr. He has one brother, Calvin Mackie who is a former associate professor of engineering at Tulane University.

Mackie attended Warren Easton Sr. High School and graduated from the high school program North Carolina School of the Arts. He then went on to graduate from Juilliard in 2001. While still a student at Juilliard, he played Tupac Shakur in the play, "Up Against the Wind" in New York.

After graduating, Mackie was cast as Don Cheadle's understudy in the Off-Broadway production of "Topdog/Underdog". He then starred in the play, "Talk", and subsequently won an OBIE Award for his work. He made the transition to film work in 2002, appearing in the film, "8 Mile" opposite Eminem and playing the main antagonist Papa Doc. Mackie's first major role in a feature film was in 2003's indie flick "Brother to Brother." He played a struggling gay black man named Perry. He appeared in the Oscar Best Picture winner "Million Dollar Baby" the following year.

He later starred in Spike Lee's "She Hate Me" and appeared in three films in 2006: "We Are Marshall," "Half Nelson," and "Crossover." He starred in three August Wilson plays in 2008 (Ma Rainey's Black Bottom, Fences, and Jitney) in Washington DC at the John F. Kennedy Center for the Performing Arts. The following year, he appeared in the New York City Public Theater's Shakespeare in the Park production of "The Bacchae," appearing as Pentheus. In February 2010, he starred with Christopher Walken on Broadway in "A Behanding in Spokane." 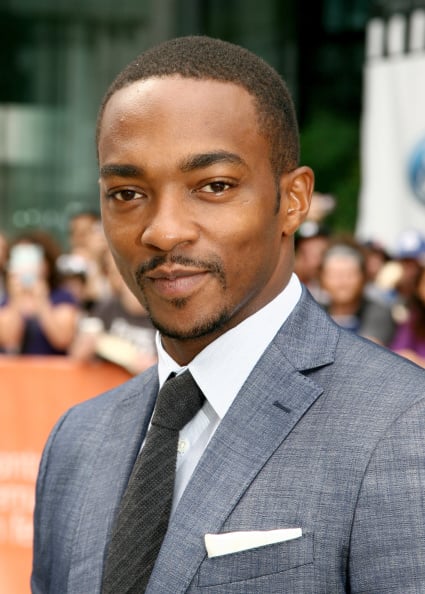 In 2009, Mackie starred in the film "Notorious," portraying the late rapper Tupac Shakur. He starred in another Oscar Best Picture winner, "The Hurt Locker" that same year. 2011 saw Mackie play roles in the films "The Adjustment Bureau" and "Real Steel." Mackie portrayed Martin Luther King Jr. in the HBO drama "All the Way" in 2016. In 2017, Mackie starred in "Detroit." Mackie was cast in the fifth season of Netflix's anthology "Black Mirror." He also appeared in "The Hate U Give" in 2018, "Synchronic" in 2019, and 2020's "The Banker."

Outside of his successful acting career, Mackie opened a bar in 2011 called NoBar in Brooklyn. He opened a second location in Williamsburg, but unfortunately closed both locations in 2015.

Mackie married his long-time love Sheletta Chapital in 2014 at the Hard Rock Hotel in Punta Canta, Dominican Republic. The pair met when they were just seven years old. The couple has four sons together. Sadly, they announced their divorce in 2018. 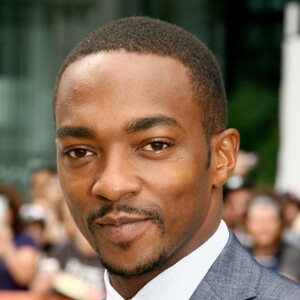