What is Anthony Hopkins' Net Worth and Salary?

Anthony Hopkins is a Welsh actor of film, stage, and television, as well as a composer who has a net worth of $160 million dollars. An actor who began his career on stage, Anthony Hopkins has won two Oscars, two Emmy Awards, three BAFTA Awards and the Cecille B. DeMille Award from the Golden Globes for Lifetime Achievement. He is most widely recognized for his roles in such films as Silence of the Lambs, The Remains of the Day, Nixon and the HBO original series Westworld.

Anthony Hopkins was born Philip Anthony Hopkins on December 31 1937, in Port Talbot, Glamorgan, Wales. According to the actor himself, he was an inattentive student throughout his childhood and adolescence, taking up an interest in the arts instead, particularly painting and drawing. His early like changed when he met famed Welsh actor Richard Burton, who childhood home Hopkins grew up near, at age 15. Inspired by Burton's career, he signed up for the Royal Welsh College of Music & Drama, graduating in 1957. Almost two decades later, the two would cross paths again when Burton replaced Hopkins in a stage production of the play Equus.

Hopkins is recognized as one of the greatest actors of all time. He made his film debut in the 1968 drama The Lion in Winter as the scheming Richard the Lionheart. Following his auspicious big screen entrance, Hopkins won Emmys for his outstanding TV movie performances in The Lindbergh Kidnapping Case (NBC, 1976), as accused kidnapper Bruno Hauptmann, and The Bunker (CBS, 1981), as Adolf Hitler. But the restless thespian earned the status of a full-fledged movie star with his Oscar-winning portrayal of Dr. Hannibal 'The Cannibal' Lecter in 1991's The Silence of the Lambs, a role that he's returned to multiple times and is arguably still best known for today. After Silence, Hopkins went on to turn in one exquisite performance after another in films as varied as Howards End and Bram Stoker's Dracula (both in 1992), The Remains of the Day (1993), Legends of the Fall (1994), Nixon (1995), Amistad (1997), Titus (1999) and The Mask of Zorro (1998). Getting the chance to reprise his status-setting role of Lecter for the less well-received Hannibal (2001) and Red Dragon (2002), he also appeared in several supporting parts like in Alexander (2004), All the King's Men (2006), Beowulf (2007), and Thor (2011) and related films in the Marvel Cinematic Universe in the role of Odin. Since 2016 he has starred in the HBO series Westworld.

As an actor, Hopkins is known for his entertaining scenery-chewing, but within the industry its his meticulous preparation that impresses many the most. He's been renowned by his fellow actors and filmmakers for his ability to memorize pages of dialogue, something he has credited to his commitment to going over the lines hundreds of times rather than any innate ability on his part. He's also known for the wide variety of accents and dialects he has been able to adopt for the many roles he's played throughout his career.

At the financial peak of his career in the late 90s and early 2000s, Hopkins was one of the highest paid actors around, earning $15 million to come back to the role of Hannibal Lecter in the 2001 sequel Hannibal, and $20 million for the subsequent follow-up Red Dragon in 2002. A couple of his other biggest paydays include $5 million for Mission: Impossible II (in a relatively small supporting role), and $15 million for 2010's horror remake The Wolfman. 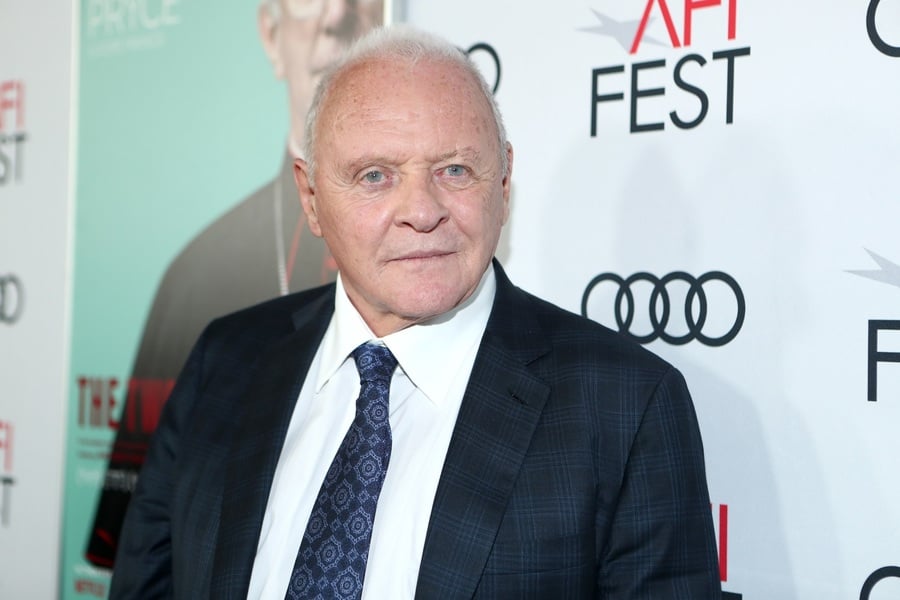 Hopkins has said that his first love before acting was music, and he's dabbled in the music world throughout his career. 1986 saw the release of a single called "Distant Star," and then more then 20 years later his composition The Masque of Time premiered with the Dallas Symphony Orchestra. And in 2012 he released an entire album of classical music entitled Composer, featuring many of his own compositions.

He's also done some directing, making his directorial debut in 1990 with Dylan Thomas: Return Journey and directing various other projects (as well as writing screenplays) in the intervening years. Also in 1990, he was charged with the formidable task of re-recording some of famed actor Laurence Olivier's dialogue for a new restoration of the 1960 film Spartacus, getting the job in part due to the recommendation of Olivier's widow Joan Piowright.

Hopkins has supported a wide variety of charities and causes since his big Hollywood break, eventually being named President of the National Trust's Snowdonia Appeal, raising funds to preserve Snowdonia National Park in his native Wales. As a patron of the YMCA in his younger days, he's supported that organization financially, and has also served as a member of the environmental activist group Greenpeace, even narrating TV advertisements for the group going back to 2008.

Hopkins has been married three times. His first marriage was to actress Petronella Barker from 1966 to 1972, his second was to a Jennifer Lyton from 1973 to 2002, and since 2003 to Stella Arroyave. He has one daughter from his first marriage, Abigail Hopkins, who also works as an actor and singer, but the two have been estranged for quite some time, and in a 2018 interview the actor claimed not to know or even care if he had any grandchildren or not. In 1993, shortly after achieving worldwide fame in the role of Hannibal Lecter, Hopkins was Knighted by Queen Elizabeth II for "services to the arts."

Anthony's primary residence is a large $7 million house in the Pacific Palisades neighborhood of Los Angeles. During three months in 2019 he spent a whopping $13 million to acquire neighboring properties. He owns two other properties in the Palisades and a mansion in Malibu. In total, Anthony owns at least $30 million worth of real estate in the Los Angeles area alone. Anthony purchased his Malibu mansion in 2001 for $3.8 million. He listed this property for sale in February 2020 for $11.5 million. 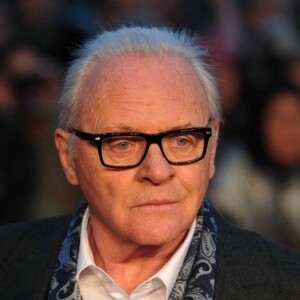