Anthony Head net wrth: Anthony Head is an English actor and musician who has a net worth of $3 million dollars. He was born in Camden Town, London on February 20, 1954. Anthony Head's father is documentary filmmaker Seafield Head and his mother is actress Helen Shingler. Musical actor Murray Head is his younger brother. After attending the London Academy of Music and Dramatic Art, his first role was in the musical Godspell. Aside from acting, Head sang with the band Red Box in the early 1980's. In the 1990's he played the role of Frank N. Furter in the revival of the Rocky Horror Show. In 1997, he started playing the role of Rupert Giles in the American television show Buffy the Vampire Slayer. Since 2001, Head has appeared in numerous shows, webcasts, narrated audio books, and provided vocals for tracks. Some of his more recent appearances have been in the English film Sparkle, the BBC drama The Invisibles, a 21st century rock opera, Repo! The Genetic Opera, and as part of the cast of the BBC drama series Merlin. Head currently lives in Bath, Somerset with his partner Sarah Fisher. They have two daughters together, Emily and Daisy who are both actresses. 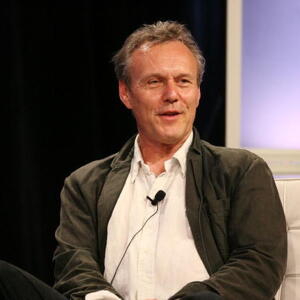