What is Anthony Edwards' Net Worth and Salary?

Anthony Edwards is an American actor and director who has a net worth of $40 million. Although some may know Anthony Edwards as 'Goose' from "Top Gun," he also established himself as a well-known TV actor with a notable role in "ER." Playing Dr. Mark Greene in a role that largely defined his career, Anthony won a Golden Globe, six Screen Actors Guild Awards, and was also nominated for four Primetime Emmy Awards.

Outside of his work on "Top Gun," Edwards has appeared in films such as "Zodiac," "Miracle Mile," "Revenge of the Nerds," "Planes," and many others.

Anthony Charles Edwards was born on July 19th of 1962 in Santa Barbara, California. Raised in an Irish family with roots in architecture, art, and design, Edwards was persuaded to attend college before devoting his life to a career in acting. Eventually, he received a scholarship to attend the Royal Academy of Dramatic Arts in England and also studied theatre at the University of Southern California. However, he dropped out at the age of 19 because his acting career was already taking off.

In 2017, Anthony revealed a tragic detail of his early life. In an essay published on Medium, he stated that he and several friends had been continuously sexually assaulted by Gary Goddard, the famous producer who founded the Landmark Entertainment Group. The abuse began when Edwards was just 12 years old. He now serves as the Chairman of the Board of Directors for 1in6, which is an organization that helps men who have had unwanted or abusive sexual experiences in the past.

Some of Anthony's earliest acting work was on television series such as "It Takes Two." He then made his film debut with a fan-favorite cameo role in "Fast Times at Ridgemont High" in the early 80s, playing a stoner. Two years later, he starred in "Revenge of the Nerds," as Gilbert Lowell, the main character. He then reprised his role in 1987's "Revenge of the Nerds II: Nerds in Paradise," but he made a much more minor appearance.

Although Edwards booked another notable role in 1985's "Gotcha!," it wasn't until 1986 that he gained true international exposure. This was the year that he booked the role of 'Goose' in "Top Gun", along side Tom Cruise. "Top Gun" proved to be an incredible success. On a budget of just $15 million, "Top Gun" generated over $356 million at the box office despite receiving mixed reviews. Edwards' character famously dies in a tragic aeronautics accident in the film. After "Top Gun," Anthony found continued success in films like "Hawks" and "Downtown." In the early 90s, he appeared in "Pet Sematary Two" before venturing into television work with several appearances in the series "Northern Exposure."

In 1994, Anthony Edwards booked what is probably his best-known role in "ER." In the medical drama, Anthony played the role of Dr. Mark Greene. This role was initially seen as a mediator and authority figure, although he became the de-facto lead character by the later seasons. "ER" is known for its high ratings and incredibly long run, as it lasted until 2002. In recognition of his performances, Edwards won a number of honors and accolades. 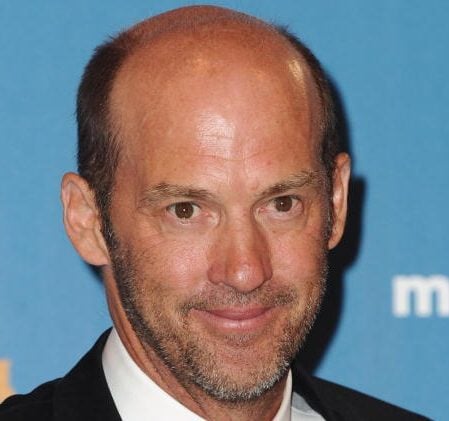 In 2007, Edwards followed up with a notable role in David Fincher's "Zodiac." In 2010, he participated in the biggest box office bomb in British history. The film "Motherhood" generated just 88 pounds on its opening weekend, which is the equivalent of 11 tickets sold. After booking a role in the short-lived series "Zero Hour," Anthony established himself as a voice actor in the 2013 Disney animated film "Planes."

In 2017, Edwards booked a recurring role as a judge in "Law & Order True Crime." In 2018, he joined the cast of "Designated Survivor," which aired on Netflix. Outside of acting, Edwards has a number of directing credits. He first had the opportunity to direct during his involvement in "ER," and he later went on to direct films such as "My Dead Boyfriend."

After making his first appearance on "ER" in 1994, Anthony Edwards eventually went on to appear in 181 episodes of the series. Around the time George Clooney was leaving the show, ER producers moved to lock in its other stars like Anthony, Noah Wyle, and Eriq La Salle. In 1999, Wyle and La Salle were both given three-year deals worth $27 million, with a per-episode equivalent of $400,000.

In contrast, Anthony Edwards was given a three-year deal worth $35 million, which is equivalent to $55 million in today's money. This deal also worked out to about $530,000 per episode for Anthony, and it made him the highest-paid actor on television for many years to come.

In 1994, Anthony Edwards married Jeanine Lobell. Over the course of their relationship, they had four children together before divorcing in 2015. Lobell started a cosmetics line called Stila, which was sold to Estee Lauder in 1999.

In 1998, Anthony and his wife, Swedish-born makeup artist Jeanine Lobell, paid $2 million for an oceanfront home in Dana Point, California. They then spent around $500,000 on extensive renovations that took almost a year to complete. The home is located in a gated community called Capistrano Beach. For many years, they also owned a home in Los Feliz, California.

In 2014, the family rented a home in New York City for a reported $40,000 per month before finally purchasing their own duplex penthouse in Carnegie Hill for $8.52 million in 2015. In 2020, Anthony listed the duplex for sale for $7.65 million at a notable loss. The residence features three bedrooms and three terraces with a total square footage of 1,273 square feet. The main attraction is probably the 32-foot-long dining area with 16-foot ceilings. Other details include oak floors, a woodburning, limestone fireplace, and French doors. 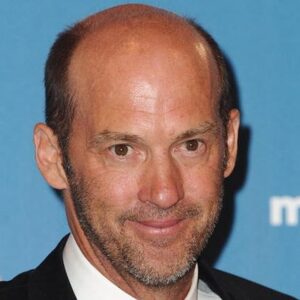