Anthony Delon Net Worth: Anthony Delon is an French-American actor who has a net worth of $10 million. Anthony Delon was born September 30, 1964 in Mid-city West, Los Angeles, California. He is the son of actors Alain Delon and Nathalie Delon. His film career originally took off in 1986 with a French version of Chronicle of a Death Foretold.

The film even made it to Cannes to great acclaim, but Delon told the press in 1998 that he just wasn't ready for it (the commitment) and he quit acting. In 1990, he starred in La Femme Fardee, a spectacular flop. He went back to square one, training in the theatre again. Frenchman's Creek was a bodice-ripper set in the aftermath of England's Civil War in which Delon plays, predictably enough, the dastardly French pirate who, hiding in a Cornish creek, woos the English rose (played by Tara Fitzgerald). Because he has cavorted with fast cars and faster women (Princess Stephanie of Monaco amongst them), Delon has been a fixture in the gossip columns of Paris-Match for years. At one time, he was even one of the Miss World judges, alongside Ivana Trump, Joan Collins and Richard Branson. Delon married Sophie Clerico in June 27, 2006. He married Sophie Clerico in 2006 and they had two children: Lou (born February 4, 1996) and Liv (born August 25, 2001). 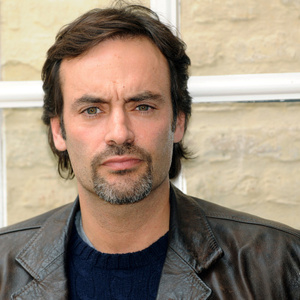