Anthony Clark net worth: Anthony Clark is an American actor and comedian who has a net worth of $5 million. Anthony Clark was born in Lynchburg, Virginia in April 1964. He is best known for starring as Gregory Thomas "Greg" Warner on the television series Yes, Dear from 2000 to 2006. Clark starred as Boyd Pritchett on the TV series Boston Common from 1996 to 1997.

From 1997 to 1998 he starred as Rev. Todd Tucker on the series Soul Man. He also had a recurring role on the TV series Ellen from 1995 to 1996 as Will Davies. Anthony Clark has appeared in films including Dogfight, The Thing Called Love, Teresa's Tattoo, The Rock, Killing Cinderella, Paid in Full, Say Uncle, Grad Night, and My Uncle Rafael. He has also appeared in episodes of the TV series Dr. Katz, Professional Therapist and The Wonderful World of Disney. Clark was nominated for a Young Artist Award for Yes, Dear in 2004. 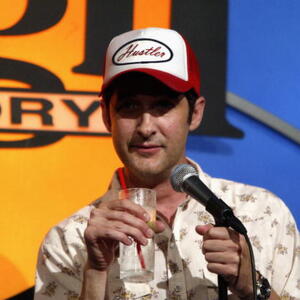