Anthony Anderson Net Worth and salary: Anthony Anderson is an American actor and writer who has a net worth of $25 million dollars, and who earns almost $9 million a year in his role on the popular comedy series Black-ish, thanks to his combined salaries for acting and producing as well as his slice of the show's back-end.

Early Life: Anthony Anderson was born on August 15, 1970 in Philadelphia, Pennsylvania. He was raised in Compton and is an alumnus of the Hollywood High School Performing Arts Magnet's Class of 1988 and Howard University. After his first attempt at stand-up comedy was a self-described "failure" (amusingly, his first gig at The Comedy Act Theater was under the stage name "Tasty Tony, the One and Only, and if there's another, he's a phony," which as he told it years later led the audience to boo him off the stage before he said a single word), Anderson kept at it and met an actor named Guy Torry, who would go on to be a key collaborator in the early part of his career. Despite much of his work continuing to be in comedy following this inauspicious stage debut, Anderson has been clear that he doesn't see himself as a comedian in the traditional sense, but instead as an actor who often works in comedy.

Television Career: Before Black-ish, Anderson was probably best known for his own sitcom All About the Andersons as well as The Bernie Mac Show, on which he had a role during the show's fifth and final season. His television work has also included a lead role in the teen series Hang Time, in which he portrayed the role of Teddy Broadis. He has had many guest roles on television shows such as NYPD Blue, Malcolm & Eddie, In the House, and Ally McBeal, just to name a few. In 2008, Anderson joined the cast of the long-running NBC crime television series, Law & Order, having previously starred in two other crime series, Fox's K-Ville and FX's The Shield. Starting in 2014, Anthony got a lead role in the ABC series Black-ish, which went on to become one of the network's biggest hits. He is also an Executive Producer on the show, which as you'll see below has added significantly to his compensation for the series. Anderson has also appeared in two Black-ish spin-off series in his role as family patriarch Andre "Dre" Johnson, Sr.: Grown-ish which premiered in 2018, and Mixed-ish which premiered in 2019.

Anderson's job as one of the highest-profile TV dads on ABC has kept him busy with other projects on the network. In 2017 he was one of the celebrity guest hosts of Jimmy Kimmel Live while Kimmel was on paternity leave, and in 2019 he appeared in both of ABC's Live in Front of a Studio Audience specials. In 2020 he made a return appearance as contestant on Who Wants to Be a Millionaire as well as ABC's Extreme Makeover: Home Edition.

He's also done voice work for a trio of video games over the years. In 2006 he voiced a drug dealer in the video game Scarface: The World Is Yours, and the following year he appeared in Def Jam: Icon as Troy Dollar. Then in 2012 he's credited with doing "Monster voices" for the game Diablo III.

Film Career: While most of Anderson's best known work has been on television, he's also been in a decent number of feature films. His movie debut was in the film Liberty Heights in 1999, and that same year he (and friend Guy Torry) appeared in the Eddie Murphy/Martin Lawrence vehicle Life. He had small roles in a variety of high-profile films in the following years, including Big Momma's House (also with Martin Lawrence), Me, Myself & Irene with Jim Carrey,  and Barbershop starring Ice Cube. He also snagged a recurring role in two later entries in the Scary Movie franchise, appearing in Scary Movie 3 and Scary Movie 4 in the role of Mahalik. Two years after Scary Movie 4 Anderson was cast in Martin Scorsese's The Departed, and went on in films like Michael Bay's Transformers, Wes Craven's Scream 4, and 2016's belated Barbershop sequel Barbershop: The Next Cut. Following the success of Black-ish his film career has slowed down a bit but by no means come to a stop: he appeared in the 2017 crime drama Small Town Crime, did voice work in the 2017 animated films The Star and Ferdinand, and in 2019 he starred in the film Beats which premiered on Netflix.

Anderson also has at least one directorial credit, for a short film made for the Responsibility Project and airing on the TV program In the House in 2009. 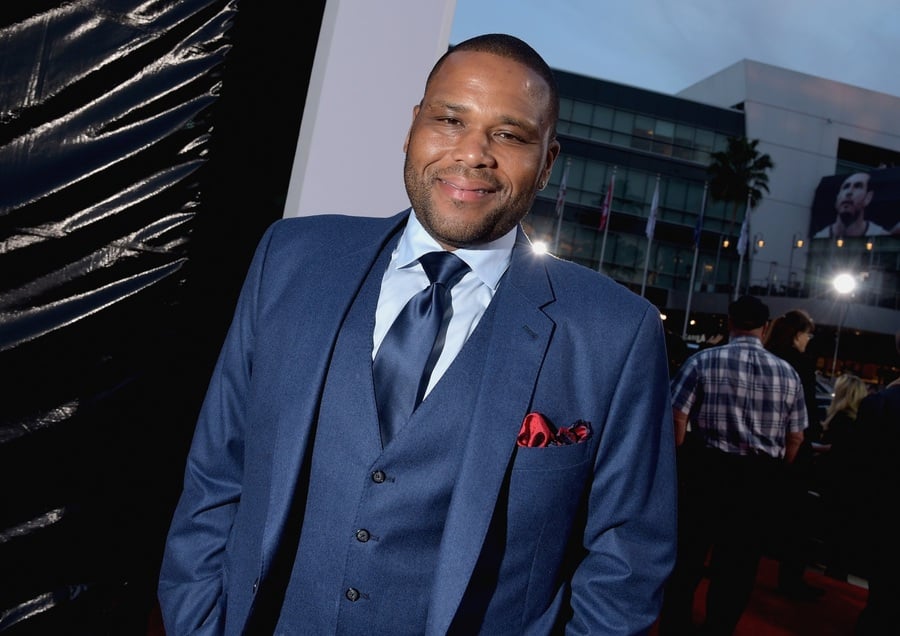 Black-ish Salary: Starting in the fifth season, when you combine his acting salary, producer salary and back-end profit income, Anthony Anderson's salary per episode of Black-ish is $400,000. Over 22 episodes, that works out to $8.8 million per year before taxes. That's a significant raise from the $100,000 he earned per year in season one before syndication was locked-in.

Personal Life: In 1995, he married his college sweetheart, Alvina. The couple has two children, Kyra and Nathan, the latter having already begun an acting career of his own, appearing in the Netflix series Richie Rich. A sufferer of Type 2 Diabetes, Anderson has been active with various diabetes awareness organizations. That isn't his only cause, though: In 2011 he played a celebrity edition of Who Wants to Be a Millionaire for the Alzheimer's Association, winning $250,000 for the organization.

Real Estate: Anthony Anderson's primary residence is located in Los Angeles, California. He reportedly purchased the three-bedroom, 3,451-square-foot home in 2005 for some $1.1 million.

Car: In 2016, Anderson wrote a piece for The Hollywood Reporter about one of his big splurges, a Mercedes Maybach that he paid almost $200,000 for. In the piece, he says he didn't even hesitate paying so much for a car: "The retail price of my Maybach (about $198,000) did not give me pause. It was a reward to myself. I've come a long way. Looking back, I think my younger self would look at my older self and be proud and commend me on the hard work." 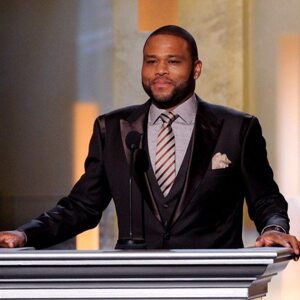