Anthea Turner net worth: Anthea Turner is an English television presenter and media personality who has a net worth of $20 million dollars. Anthea Turner was born in Stoke-on-Trent, England on May 25, 1960. Turner was a part of BBC Radio Stoke as a runner and later became part of Bruno Brookes' rap crew.

Her first television appearance was with the BBC on But First This. This led to her doing two series of the BBC show UP2U. During this time, her hair was set on fire during a televised accident involving a motorcycle. A lawsuit against BBC pursued after suffering temporary hearing loss and burns from the freak accident. Turner released two work-out videos titles Anthea Turner Body Basics (1996) and Anthea Turner: Tone, Lift and Condition (1999). After a relationship with her colleague, Eamonn Holmes went sour, her career was on a steady decline. In 2006, Turner made a comeback on BBC Three in Anthea Turner: Perfect Housewife. She starred on Dancing on Ice, in 2013, finishing in ninth place out of twelve celebrities. She can currently be seen on the game show, The Jump, which involves twelve celebrities competing in winter sports. Turner is currently dating millionaire and former Dragon Den's star, Richard Farleigh. She was previously linked to her DJ co-worker Bruno Brookes and then married her manager former DJ Peter Powell. After they divorced in 1998, she went on to marry Grant Bovey in 2000. In 2013, they decided to part ways. 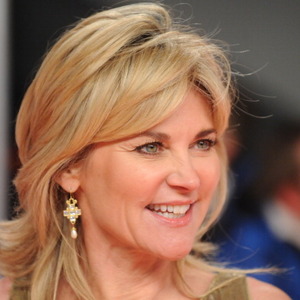