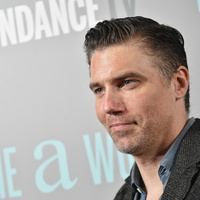 Anson Mount net worth: Anson Mount is an American actor who has a net worth of $3 million dollars. Anson Adams Mount IV was born in Arlington Heights, Illinois in February 1973. He is best known for playing the role of Cullen Bohannon on the TV series Hell on Wheels. His mother was a professional golfer and his father was one of the original contributing editors for Playboy magazine. Anson attended The University of the South and Columbia University. His television debut came in the series Ally McBeal in 1999 and his film debut came in the 2000 movie Boiler Room. From 2000 to 2001 Mount had a recurring role on the series Third Watch. He starred as Roy Ravelle from 2003 to 2004 on the TV series Line of Fire and as Will Carver on The Mountain from 2004 to 2005. In 2006 Anson starred as Jim Steele in the series Conviction. His best known role started in 2011 playing Cullen Bohannon on the AMC series Hell on Wheels. Mount has also starred in the movies Tully, Urban Legends: Final Cut, Crossroads, Poolhall Junkies, City by the Sea, The Battle of Shaker Heights, In Her Shoes, Walk the Talk, Hick, Straw Dogs, Safe, Non-Stop, and Supremacy. In 2002 Mount was nominated for a Teen Choice Award for Crossroads and he was also nominated for a Razzie Award for Worst Screen Couple with Britney Spears.