What is Ansel Elgort's Net Worth?

Ansel Elgort is an American actor, DJ, and music producer who has a net worth of $12 million. He first arrived on the scene with a role in 2013's "Carrie" before playing a teenage cancer patient in the 2013 film "The Fault in Our Stars." He then followed up with movies like "Baby Driver" and the "Divergent" film franchise. For his performance in "Baby Driver," Ansel was nominated for a Golden Globe Award.

During his free time, Elgort has a number of notable hobbies. He paints Warhammer miniatures and has won three Golden Demons in the past. These are specialized awards given to those with exceptional model-painting abilities. Elgort and Henry Cavill are two of the highest-profile individuals who enjoy painting models.

Ansel Elgort was born on March 14th of 1994 in New York City. Raised by an established fashion photographer and an opera director, Ansel had close ties to the entertainment industry from a very early age. He is also closely related to prominent comedian Sam Morrill. Named after nature photographer Ansel Adams, Elgort was raised alongside two siblings in a family with Jewish and European heritage. His grandmother was a Norweigian war hero who saved small Jewish children during World War II. She was later put in a concentration camp but survived the holocaust.

Elgort initially studied at the School of American of Ballet for five years, starting at age nine. He also studied at various art schools throughout his youth, eventually taking acting classes at the age of 12. Ansel then began appearing in various plays staged by his school. During this period, he appeared alongside young actors such as Kyle Jean-Baptiste. During these high school years, Ansel also found time to cultivate a modeling career, appearing in "Teen Vogue" while being photographed by his father.

Elgort began his acting career in earnest with an appearance in an Off-Broadway stage production in 2012. He was 18 at the time and was set to graduate from high school in just a few months. He then booked his first film role in 2013, playing an important supporting role in the reboot of the classic horror flick "Carrie." By 2014, he began to generate more buzz with a much more publicized role in "Divergent." He would later go on to star in many of the film franchise's spin-offs and sequels.

However, it is generally considered that Elgort only truly arrived on the scene after appearing in "The Fault in Our Stars." Joining cast member Shailene Woodley, Elgort's performance was widely celebrated by critics. This role led to further appearances in movies like "Men, Women & Children," in which Ansel joined fellow up-and-coming actor  Timothée Chalamet. By 2014, both Chalamet and Elgort were considered two of the best young actors in the business.

Over the next few years, Ansel continued to appear in "Divergent" sequels, such as "The Divergent Series: Insurgent" and "The Divergent Series: Allegiant." All three movies eventually earned a total of about $765 million on a collective budget of approximately $305 million. However, it should be noted that with each successive release, reviews declined significantly. This led to a proposed fourth film being canceled. 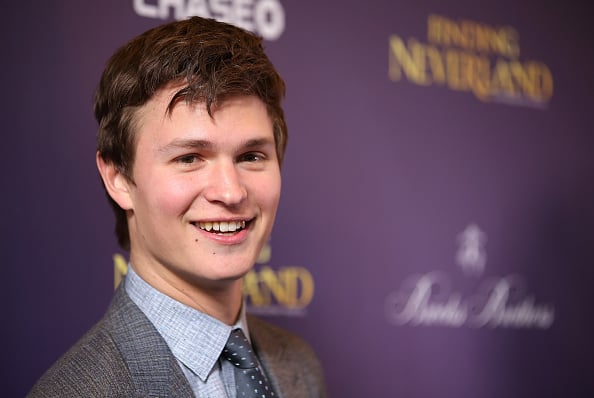 In 2017, Elgort booked the lead role in "Baby Driver" alongside Kevin Spacey. This film received positive reviews, generated strong reviews at the box office, and became one of the most defining moments of Ansel's career. After appearing in the film, Ansel was extremely intent on keeping the 2006 Subaru WRX STI that he drove in many of the scenes. He eventually begged the producers to let him purchase the vehicle, and finally, they relented and gave him the car on his birthday.

Throughout the latter part of the 2010s, Elgort appeared in movies like "November Criminals," "Billionaire Boys Club," and "The Goldfinch." However, all three movies are best described as complete failures. "November Criminals" currently has a rating of 0% on Rotten Tomatoes, "Billionaire Boys Club" was swept under the rug due to Kevin Spacey's sexual assault allegations, and "Goldfinch" was a box office and critical bomb. Ansel then unsuccessfully attempted to bounce back with Spielberg's "West Side Story," playing the lead role in the 2021 film. However, the film generated just $27 million on a budget of $100, becoming a notable financial loss for Disney despite generally positive reviews.

It was then announced that Elgort will shift his attention towards television with series like "Tokyo Vice" for HBO Max. However, he was also attached to a number of new film projects at this time, including "Mayday 109," "Finest Kind," and "The Great High School Imposter."

Outside of his acting roles, Elgort has released a number of electronic dance tracks under the stage name "Ansolo." He signed a record deal in 2014 and released his first record that year. In 2014, he also performed at the Electric Zoo Festival. Over the years, he has continued to release a number of tracks.

In 2020, Ansel was accused of sexually assaulting a woman six years prior. Elgort immediately denied the allegations on social media, claiming the relationship was brief and consensual.

In May of 2019, it was revealed that Ansel receives about $5 million per large-scale commercial film. However, he reportedly settled for significantly less than $5 million for the chance to star in Steven Spielberg's "West Side Story."

Elgort apparently used a significant bonus from his performance in "The Fault in Our Stars" to purchase a large home in the exclusive neighborhood of Bedford-Stuyvesant, Brooklyn. 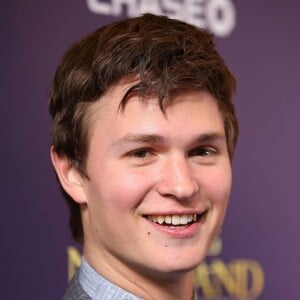