Anouk Aimee Net Worth: Anouk Aimee is a French actress who has a net worth of $20 million. Anouk Aimée was born Francoise Sorya Dreyfus in Paris, France in April 1932. She studied acting and dance and started her film career at 14 with the movie La maison sous la mer in 1947.

Many of her films were French but she also made films in Spain, Italy, Germany, America, and Great Britain. Her breakout role came in 1960's La Dolce Vita. From there she starred in 8 ½, Demy's Lola, Justine, Tragedy of a Ridiculous Man, and Ready to Wear. She also received critical acclaim for her role in A Man and a Woman. As of 2012 Aimee has 85 acting credits to her name. Empire Magazine listed her as one of their one hundred sexiest stars in film history in 1995. Aimee was noted for her beauty and Life magazine called her "the Left Bank's most beautiful resident". Aimee won the Golden Globe Award for Best Actress – Motion Picture Drama in 1967 and also was nominated for an Academy Award for the same role. She won a BAFTA Film Award for best Foreign Actress in 1968 and won Best Actress at the Cannes Film festival in 1980. She received an honorary Cesar Award in France in 2002. She has been married and divorced four times and has one child. 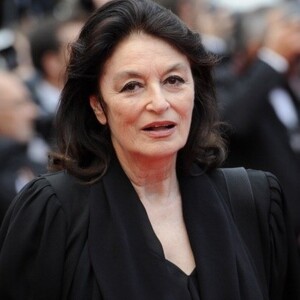