Early Life: Annie Murphy was born Anne Frances Murphy on December 19, 1986, in Ottawa, Ontario, Canada. She is the only child of two teachers, and she studied at Elmwood School, where she appeared in plays. Annie spent a year at Queen's University, then earned a theatre degree at Concordia University. After graduation, she attended the CBC Actors Conservatory at the Canadian Film Centre, and at age 22, she moved to Los Angeles to pursue an acting career.

Career: Murphy's first on-screen role was in the 2007 television film "Lethal Obsession," and that year she also guest-starred on the Canadian series "The Business." In 2008, she appeared in the film "Story of Jen" and the TV movie "Picture This," and she was in the pilot for the 2009 CW series "The Beautiful Life." Annie then appeared in the 2010 films "Lick" and "A Windigo Tale" and guest-starred on two episodes of "Blue Mountain State." Murphy appeared in several projects in 2012, including the short film "Overwatch" and the TV series "Flashpoint" and "Good God." Murphy starred in the 2014 short film "Saturday Night Special" and the 10-episode web series "The Plateaus," then in 2015, she got her big break when she landed the role of Alexis Rose on "Schitt's Creek." Created by Dan and Eugene Levy, the beloved series aired 80 episodes over six seasons and won dozens of awards, even sweeping the major comedy categories at the 2020 Primetime Emmy Awards. In 2020, Annie and her TV mom, Catherine O'Hara, starred in holiday ads for Hudson's Bay department stores, and Murphy has appeared in commercials for HelloFresh and Nintendo Switch. She also starred in Little Junior's "I Really Like You" music video (2018) and Wild Pink's "The Shining But Tropical" music video (2020).

Personal Life: Annie married Menno Versteeg on August 20, 2011. Versteeg is the frontman of the band Hollerado, and he collaborated with Murphy on the song "A Little Bit Alexis," which she performed in the season five "Schitt's Creek" episode "The Hospies." Annie has appeared in two of the band's music videos, 2011's "Good Day at the Races" and 2014's "Desire 126." In 2013, the couple's Toronto apartment burned down while they were out of town; the fire destroyed most of their belongings, and Annie said of the experience, "my biggest heartbreak was losing my teddy bear named Worthington that had been my buddy since I was born." Murphy has been an ambassador for the charitable organization Care Canada since 2019, and when the charity announced her new position, it tweeted, "@annefrances is now visiting #Jordan to shine a light on the issues women, girls, and #Syrianrefugees are facing & to learn what CARE is doing to help." In 2021, Annie auctioned off her first red carpet dress and donated the proceeds to Encampment Support Network.

Awards and Nominations: Murphy won a Primetime Emmy for Outstanding Supporting Actress in a Comedy Series for "Schitt's Creek" in 2020, and her performance earned her a Golden Globe nomination for Best Performance by an Actress in a Television Supporting Role in 2021. She won a Dorian Award for Best TV Performance – Supporting Actress from GALECA: The Society of LGBTQ Entertainment Critics (2020) as well as a Gold Derby Award for Comedy Supporting Actress (2020), and a Gracie Allen Award for Actress in a Breakthrough Role (2019). "Schitt's Creek" has also earned Annie nominations from the Screen Actors Guild Awards, Broadcast Film Critics Association Awards, MTV Movie + TV Awards, and Online Film & Television Association, and the cast won a Screen Actors Guild Award for Outstanding Performance by an Ensemble in a Comedy Series in 2021 and an IGN Summer Movie Award for Best TV Ensemble in 2020. Murphy has also received six Canadian Screen Award nominations, five for "Schitt's Creek" and one for "The Plateaus." 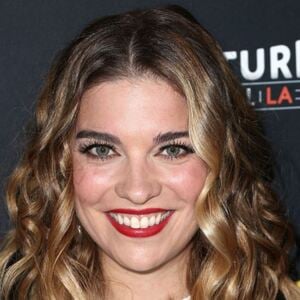