Annette Funicello net worth: Annette Funicello was an American actress and singer who had a net worth of $15 million. Annette Funicello had had a career to be proud of. In addition to her net worth, she'd produced a body of work that's entertained and delighted audiences over several decades and had done a lot of good as a philanthropist and spokesperson for the cause of multiple sclerosis. Her career in show business began at the age of 12, when she was discovered by none other than Walt Disney during a performance of the ballet Swan Lake in Burbank, CA. He personally selected her as one of the original Mouseketeers for his TV program The Mickey Mouse Club – she was the only one of the Mouseketeers to be hand-picked by Walt Disney himself. While on that program, Funicello appeared in numerous sketches, musical numbers, and serials.

After The Mickey Mouse Club, Funicello continued to work for Disney, appearing in Disney TV shows like Zorro and in Disney movies such as The Shaggy Dog and The Misadventures of Merlin Jones. She also had a brief musical career with Disney before her contract came to an end in the 1960s, achieving lasting fame in a series of "beach party" movies for American International Pictures with her famous co-star Frankie Avalon. 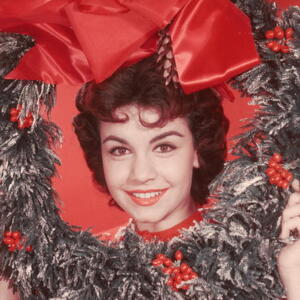