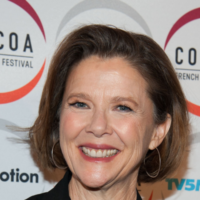 What is Annette Bening's Net Worth?

The Kansas native began acting in junior high, and after attending the American Conservatory Theater in San Francisco, she made her way to New York, where she appeared on Broadway in "Coastal Disturbances", and earned a Tony nomination.  She made her on-camera debut in the late 80s with a small role in "The Great Outdoors", and over the years, has managed to appear in a range of film projects, from successful independent productions to blockbusters.  Some of her films include "The Grifters", "Bugsy", "The American President", "American Beauty", "Being Julia", "Running with Scissors", and "The Kids Are All Right".  In addition to her Oscar nominations, she has also been nominated for two BAFTAs, six Golden Globe Awards, four SAG Awards, and an Emmy, and has won two Golden Globe Awards, a SAG Award, and a BAFTA.

Annette Bening was born on May 29, 1958 in Topeka, Kansas to Shirley, a church singer, and Arnett, an insurance salesman and sales training consultant. Both of her parents were originally from Iowa, and were conservative Republicans and Episcopalians. Bening is of English and German descent, and has three older siblings: a sister named Jane and two brothers named Byron and Bradley. In 1959, the family moved to Wichita, where Bening spent her early childhood years; they then moved to San Diego, California in 1965 when her father got a job with a company there. In junior high school, Bening began acting, playing the lead in "The Sound of Music." She then went to Patrick Henry High School. After spending a gap year working as a cook on a charter boat, Bening enrolled at San Diego Mesa College, before transferring to San Francisco State University.

In 1980, Bening began her acting career with the Colorado Shakespeare Festival, and also appeared in plays at the San Diego Repertory Theatre. Additionally, she became a member of the American Conservatory Theater's acting company in San Francisco, while at the same time studying in the school's advanced theatre training program. With the company, Bening starred in "Macbeth." Later, in 1985 and 1986, she starred in "Pygmalion" and "The Cherry Orchard" at the Denver Center Theatre Company.

Bening made her feature film debut in 1988, appearing alongside John Candy and Dan Aykroyd in the comedy "The Great Outdoors." The next year, she starred opposite Colin Firth in the romantic drama "Valmont." Bening subsequently had her breakthrough role in the 1990 crime thriller "The Grifters," for which she received an Academy Award nomination for Best Supporting Actress. The same year, she appeared in "Postcards from the Edge," starring Meryl Streep and Shirley MacLaine. Bening had a big year in 1991, starring in three films: "Guilt by Suspicion," "Regarding Henry," and the biographical crime drama "Bugsy," in which she portrayed Virginia Hill opposite Warren Beatty's titular mobster. Bening and Beatty reunited in 1994 for the romantic drama remake "Love Affair."

Bening had two major roles in 1995. In "Richard III," she starred as Queen Elizabeth in a cast featuring Ian McKellen, Jim Broadbent, Robert Downey Jr., Maggie Smith, and Kristin Scott Thomas. Meanwhile, in Rob Reiner's "The American President," she played Sydney Ellen Wade, a lobbyist who begins a relationship with the President of the United States, played by Michael Douglas. Bening followed this with a supporting role in Tim Burton's "Mars Attacks!" and leading roles in Edward Zwick's "The Siege" and Neil Jordan's "In Dreams." She closed out the 90s with one of her most acclaimed performances, playing frustrated housewife Carolyn Burnham in Sam Mendes' debut film "American Beauty." The film won the Academy Award for Best Picture, while Bening received a nomination for Best Actress.

In 2000, Bening starred in Mike Nichols' science-fiction comedy "What Planet Are You From?" Three years later, she had a supporting role in Kevin Costner's Western "Open Range." In 2004, Bening earned her third Academy Award nomination for her lead performance as theatre actress Julia Lambert in "Being Julia." She followed this with further starring roles in "Running with Scissors," "The Women," and "Mother and Child." Next, in 2010, Bening received her fourth Academy Award nomination for "The Kids Are All Right," in which she starred opposite Julianne Moore as one half of a lesbian couple. She was subsequently in "Ruby Sparks," "Ginger & Rosa," "Girl Most Likely," "The Face of Love," "The Search," and "Danny Collins."

Bening had a notable year in 2016, starring in both Mike Mills' "20th Century Women" and Warren Beatty's "Rules Don't Apply." The next year, she portrayed Hollywood actress Gloria Grahame in the biographical romance "Film Stars Don't Die in Liverpool." Bening subsequently appeared in the Chekhov adaptation "The Seagull," the ensemble drama "Life Itself," and the political drama "The Report," in which she portrayed Senator Dianne Feinstein. Her other credits have included "Captain Marvel," "Georgetown," "Hope Gap," and "Death on the Nile." 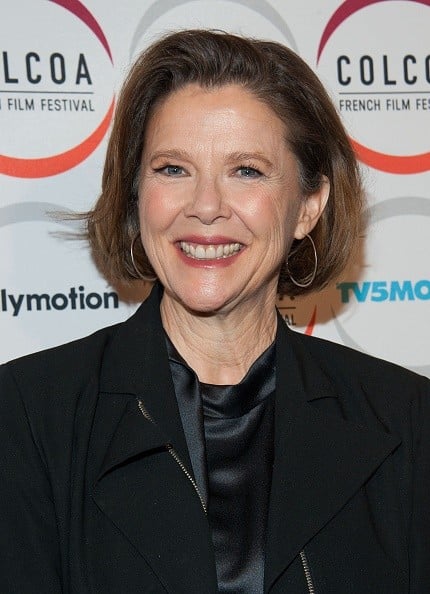 On the small screen, Bening made her debut in the 1986 television film "Manhunt for Claude Dallas." She was next in episodes of "Miami Vice" and "Wiseguy." After a 25-year break, Bening returned to television in 2002 to voice Abigail Adams on the animated children's series "Liberty's Kids." The actress had her most notable television role yet in 2005, when she played the titular character in the made-for-TV film "Mrs. Harris." It received 12 Emmy Award nominations, including one for Bening's performance.

Bening made her Broadway debut in 1987, playing Holly Dancer in Tina Howe's "Coastal Disturbances." For her work, she earned a Tony Award nomination for Best Featured Actress in a Play. Next, she was in "Spoils of War." Bening didn't return to the stage until 1999, when she starred in the titular role in "Hedda Gabler" at the Geffen Playhouse in Los Angeles. Later, in 2009, she starred in "Medea" at UCLA's Freud Playhouse, and in 2010 returned to the Geffen Playhouse to star in "The Female of the Species." Bening went back to her Shakespeare roots in 2014, starring in "King Lear" at the Delacorte Theater in Central Park, her first New York stage appearance in two decades. In 2019, she made her Broadway return in a revival of Arthur Miller's "All My Sons," and earned her second Tony Award nomination.

In 1984, Bening wed choreographer James Steven White; they divorced in 1991. The following year, she married actor and filmmaker Warren Beatty, with whom she had starred in "Bugsy." Together, they have four children.

Warren and Annette own several properties in Beverly Hills.

In 2011, it was reported that Warren Beatty and his wife Annette had put one of their properties in Beverly Hills on the rental market for $27,500 per month. With no takers, the couple lowered the rental cost to $25,000 one month later. However, The Beattys still had no luck finding any tenants, so they decided to sell the property instead. In 2012, they put their mansion on the real estate marketing with an asking price of $6.955 million.

The extensive property features 10,600 square feet and sits on 1.1 acres. Originally constructed in 1992 with Mediterranean design influences, the mansion boasts a three-car garage, a pool, and a spa. Warren and his wife lived in the property for many years, having first moved in after their other home was damaged in the 1994 Northridge Earthquake. Right around the time they put the aforementioned property on the market, they moved back to their previous home (also in Beverly Hills), which had recently been renovated. This home sits on a 6.7-acre plot of land.