What Is Anne Heche's Net Worth?

Anne Heche was born Anne Celeste Heche on May 25, 1969, in Aurora, Ohio. She grew up with mother Nancy, father Donald, and older siblings Nathan, Abigail, and Susan; her sister Cynthia died of a heart defect at two months old before Heche was born. During Anne's childhood, her family moved close to a dozen times. Her father was a choir director, and in a 2001 interview with Larry King, Heche stated, "I don't think he made much on that a week. He said that he was involved in a business of gas and oil. And he said that until the day he died. But he never was involved in the business of gas and oil ever." When Anne was 12, the family settled in New Jersey, and they lived in a bedroom in the home of a family from their church. Heche worked at a Swainton dinner theater to help her family save up enough money to move out.

In March 1983, Anne's father died of AIDS at age 45. Heche has said that her father raped her from her infancy until she was 12 years old and that he gave her genital herpes. Three months after Donald's death, Anne lost her 18-year-old brother, Nathan, after he reportedly fell asleep while driving and hit a tree. The family then relocated to Chicago, and Heche attended Francis W. Parker School. When she was 16 years old, Anne auditioned for the soap opera "As the World Turns" after an agent saw her in a school play. Though she was offered the job, Heche's mother wanted her to graduate from high school first. Just before her 1987 graduation, she was offered the roles of Vicky Hudson and Marley Love on "Another World." 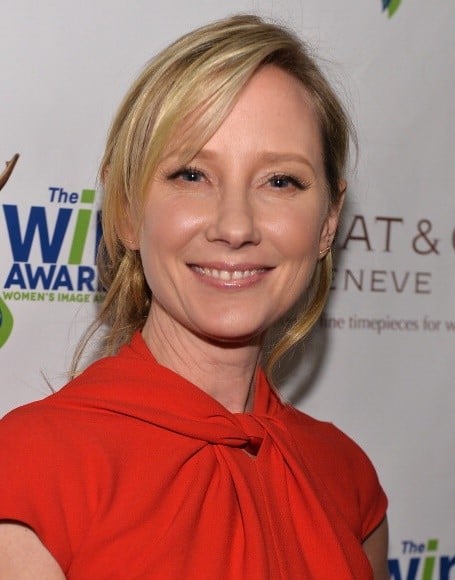 Though most of Anne's relationships have been with men (including legendary comedian Steve Martin), she famously dated comedian Ellen DeGeneres from 1997 to August 2000. She met cameraman Coleman "Coley" Laffoon while working on a documentary about DeGeneres, and they married on September 1, 2001. Heche and Laffoon welcomed son Homer on March 2, 2002, and they divorced in March 2009. In December 2008, Anne's representative confirmed that Heche and her "Men in Trees" co-star James Tupper were expecting a child, and their son Atlas was born on March 7, 2009. Anne and James spilt up in 2018.

In August 2000, Heche drove to Cantua Creek (outside Fresno, California) from Los Angeles, walked 1.5 miles through the desert wearing only shorts and a bra, and knocked on a stranger's door. Occupant Araceli Campiz, who recognized Anne from "Six Days, Seven Nights," let her into the home, and Heche drank numerous glasses of water, took a shower, asked for a pair of slippers, and said she wanted to watch a movie. Once Campiz realized that Anne didn't seem to be planning on leaving any time soon, she called the sheriff's department. When deputies arrived at the home, Heche told them that she was God and that she was "going to take everyone back to heaven in a spaceship." The deputies then called an ambulance, and Anne was taken to University Medical Center in Fresno (a 50-mile drive) and admitted to the psychiatric unit. Heche was released after a few hours. Anne has said that for the first 31 years of her life, she was "insane" and that this resulted from being sexually abused by her father during her youth. She revealed that she coped with this by creating a fantasy world, the "Fourth Dimension," and by adopting an alter ego known as "Celestia" who received messages from God. In a 2001 Larry King Live interview, Heche stated:

"I had to live through a lot of life to get to the place where I am now. I had to see truths and work through shame, and I'm very grateful for every step that I took."

In August 2022 Anne was involved in a car crash in Mar Vista, California in which she reportedly drove her Mini Cooper into the garage of an apartment building at a high speed. The resulting crash caused her to be badly burned. Dozens of fire fighters were called to help rescue Heche from the crash.

In 2004, Heche was nominated for a Primetime Emmy for Outstanding Supporting Actress in a Miniseries or a Movie for "Gracie's Choice," and she earned two Daytime Emmy nominations for "Another World," winning Outstanding Younger Actress in a Drama Series in 1991. She also received two "Soap Opera Digest" Awards for the series, Outstanding Female Newcomer: Daytime in 1989 and Outstanding Lead Actress: Daytime in 1992. In 2000, Anne was honored with the Stephen F. Kolzak Award at the GLAAD Media Awards and a Lucy Award at the Women in Film Lucy Awards, and she received a Career Achievement Award at the 2019 Sarasota Film Festival. Heche won a National Board of Review Award for Best Supporting Actress for "Donnie Brasco" and "Wag the Dog" in 1997, and "If These Walls Could Talk 2" earned an Audience Award for Best Film at the 2000 Paris International Lesbian and Feminist Film Festival.

Anne and her "The Legend of Korra" castmates won a People's Choice Voice Acting Award for Best Vocal Ensemble in a Television Series – Action/Drama in 2015. Heche has earned two Saturn Award nominations from the Academy of Science Fiction, Fantasy & Horror Films, Best Supporting Actress for "Psycho" in 1999 and Best Actress on Television for "The Dead Will Tell" in 2005. Anne has also received nominations from the Blockbuster Entertainment Awards (Favorite Actress – Comedy/Romance for "Six Days Seven Nights"), Csapnivalo Awards (Best Actress in a Leading Role for "Return to Paradise"), "Fangoria" Chainsaw Awards (Best Supporting Actress for "Psycho"), Prism Awards (Performance in a TV Movie or Miniseries for "Gracie's Choice"), and Satellite Awards (Best Actress in a Supporting Role in a Motion Picture, Comedy or Musical for "Wag the Dog"). 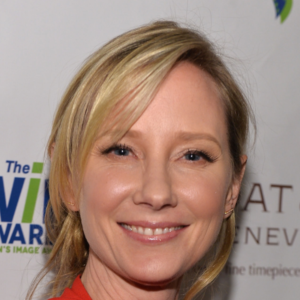