Anne Dudek net worth and salary: Anne Dudek is an American actress who has a net worth of $4 million dollars. Anne Dudek was born in Boston, Massachusetts in March 1975. She attended Northwestern University and appeared in various productions on Broadway. Her performance in The Glass Menagerie won her the Connecticut Critics Circle Award.

Anne's first television role came in ER in 2001. From 2002 to 2003 she starred as Clare Pettengill in the series The Book Group. Her first film role came in the movie The Human Stain in 2003. From 2007 to 2011 Dudek starred as Lura on the TV series Big Love. She played Dr. Amber Volakis on House M.D. from 2007 to 2012 and starred as Danielle Brooks in Covert Affairs from 2010 to 2012. She starred as Francine Hanson on the series Mad Men from 2007 to 2014. Starting in 2014 she played Benedicte Schaeffer on the Danish TV series Those Who Kill. Dudek also starred as Tiffany Wilson in the 2004 movie White Chicks. She was nominated for a Screen Actors Guild Award in 2008. Anne is married to Matthew Heller and the couple has two children together. Anne Dudek continues to work regularly in several television series and films every year. 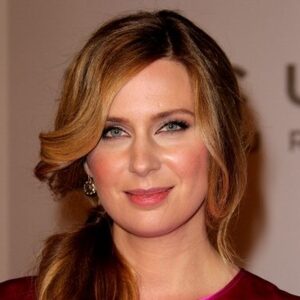