Anne Curtis net worth: Anne Curtis is a Filipino-Australian actress, television host, VJ, and recording artist who has a net worth of $10 million. Anne Curtis was born in Yarrawonga, Victoria, Australia in February 1985. She has hosted the television series It's Showtime since 2009. Curtis has starred in the TV series Hiram from 2004 to 2005, Kampanerang Kuba in 2005, Maging Sino Ka Man from 2006 to 2007, Dyosa in 2008, The Wedding in 2009, Green Rose in 2011 and Kailangan Ko'y Ikaw in 2013. Since 2014 she has starred as Dyesebel in the TV series Mars Ravelo's Dyesebel. Curtis starred in the 2011 movie No Other Woman which earned her a FAMAS Award for Best Actress. She has also starred in the movies Baler in 2008, Babe, I Love You and In Your Eyes in 2010, and A Secret Affair in 2012. Curtis has also won a Metro Manila Film Festival Award. She has been nominated for three FAMAS Awards, three PMPC Star Awards for Movies, six PMPC Star Awards for TV, and two Luna Awards. Curtis released the studio albums Annebisyosa in 2011 and The Forbidden Album in 2014.

In 2014 Anne was forced to settle a back-tax case with authorities in the Philippines. She ultimately agreed to pay $2 million in back taxes and penalties. Court records showed that Anne reported that she earned around $5 million between 2010 and 2012. He financial advisors ultimately revealed the actual number was closer to $7 million. She blamed the error on her accountants. 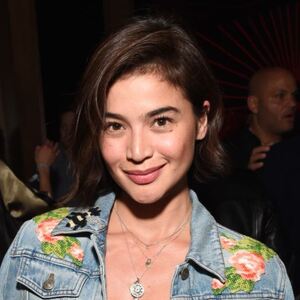