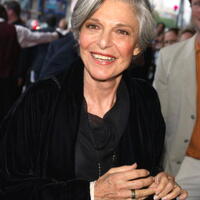 Anne Bancroft net worth: Anne Bancroft was an American actress who had a net worth of $20 million. Anne Bancroft was born in The Bronx, New York City, New York in September 1931 and passed away in June 2005. She studied method acting under Lee Strasberg and starred on stage and on TV and in film. Bancroft won Tony Awards for her performances in the productions of Two for the Seesaw and The Miracle Worker. She has starred in several films including Don't Bother to Knock, Tonight We Sing, The Kid from Left Field, New York Confidential, The Miracle Worker, The Pumpkin Eater, The Graduate, Blazing Saddles, The Turning Point, Fatso, The Elephant Man, To Be or Not to Be, Garbo Talks, Agnes of God, 'night, Mother, 84 Charing Cross Road, Bert Rigby, You're a Fool, How to Make an American Quilt, and G.I. Jane. Bancroft won an Academy Award in 1963 for Best Actress in a Leading Role for The Miracle Worker and was also nominated for four other Academy Awards. She also won Golden Globe Awards for The Graduate and The Pumpkin Eater and won two Primetime Emmy Awards and three BAFTA Awards. Bancroft was awarded a Star on the Walk of Fame in 1960 at 6368 Hollywood Blvd. She married Mel Brooks in 1964. Anne Bancroft passed away on June 6, 2005 at 73 years old from uterine cancer.