Anne Archer net worth: Anne Archer is an American actress who has a net worth of $20 million. Born in Los Angeles, California, Anne Archer has enjoyed a nearly 40-year career, appearing in both film and television projects. She made her debut on the television show, "Men at Law" in 1970, and appeared in a string of television productions and TV movies throughout the 70s, including, "The Mark of Zorro", "Little House on the Prairie", and "Trackdown". She also began adding film work to her resume with roles in such projects as, "The Honkers", "Cancel My Reservation", "Lifeguard", "Good Guys Wear Black", and "Paradise Alley". Though she was working steadily, she did not gain widespread notice until her Oscar-nominated performance in "Fatal Attraction" in 1987. She portrayed the wife of Michael Douglas' character. Since then, she has gone back and forth between film and television work, including roles in such projects as, "Patriot Games", "Short Cuts", "Clear and Present Danger", "Rules of Engagement", and "Ghosts of Girlfriends Past".

Personal Life: Anne Archer's parents John Archer and Marjorie Lord were both notable actors. John died in 1999. Marjorie died in 2015. A few months after her passing, Anne and her sibling put her longtime Beverly Hills home for sale for $9.25 million. Marjorie and her third husband Harry Volk purchased the home in 1977 for $455 thousand.

Anne was married to William Davis from 1969 to 1977. They had one son, Tommy Davis. Anne is a prominent and longtime member of the church of Scientology. Tommy Davis has held a variety of roles within Scientology. He was the head of their Celebrity Center for a number of years and served as the head of external affairs for the controversial organization from 2005 to 2011.

Anne Archer has been married to producer/director Terry Jastrow since 1979. In 1989 they paid $2 million for a home in LA's Brentwood neighborhood. Nearby comparable homes have sold for $6-8 million in recent years. 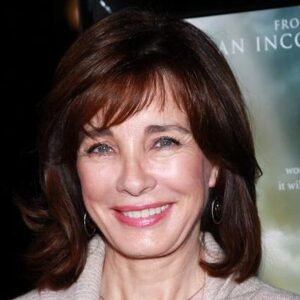