AnnaSophia Robb net worth: AnnaSophia Robb is an American film and television actress who has a net worth of $8 million. AnnaSophia Robb first became famous after starring in movies such as Because of Winn-Dixie and Charlie and the Chocolate Factory. She also starred in Bridge to Terabithia, Race to Witch Mountain, and Soul Surfer. Robb was born in Denver, Colorado on December 8, 1993, she is a Christian, and the daughter of Janet an interior designer and her father David is an architect. She is of English, Scottish, Danish, Swedish, and Irish descent, and she competed in dance and gymnastics. After competing for four and a half years, she quit to pursue her acting career. Robb made her acting debut in 2004; on the television series Drake & Josh in the episode "Number One Fan". She was the face of Trad Clothing in 2005, helping to design and model a fashion line for girls. In 2006, she played the voice of Danielle "Dani" Fenton in a guest role on the cartoon show Danny Phantom. She recorded a song for the Bridge to Terabithia soundtrack titled "Keep Your Mind Wide Open". The song appeared at #90 on the Billboard Hot 100 and the accompany video played on the Disney Channel. She starred in the film The Space Between in 2010, with actress Melissa Leo. Her role of Bethany Hamilton in the film Soul Surfer was about a girl continued to surf after losing her arm in a shark attack. Robb will play the role of Wendy in Helmer Ben Hibon new dark tale about Peter Pan; the film is tentatively titled Pan. She also has another upcoming voice role as Periwinkle in the animated film Tinker Bell and the Mysterious Winter Woods; this movie is set to be released at Christmas time in 2012. 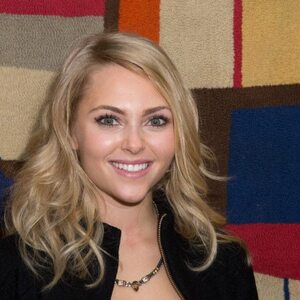