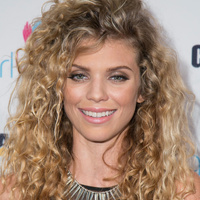 What is AnnaLynne McCord's Net Worth and Salary?

AnnaLynne McCord is an actress and model who has a net worth of $4 million. AnnaLynne McCord first gained mainstream recognition in 2007 for her role on the FX television series "Nip/Tuck." She earned further attention for her roles on the telenovela "American Heiress" and the CW teen drama series "90210." McCord has also been in numerous movies, such as "Excision," "Scorned," and "American Skin."

AnnaLynne McCord was born on July 16, 1987 in Atlanta, Georgia, and grew up in Buford and Monroe. She was raised in a trailer park by her mother Shari and her father David, a Christian pastor. McCord has two sisters named Angel and Rachel. Homeschooled by her mother, she graduated high school when she was 15 years old.

Following her high school graduation, McCord entered the Wilhelmina Modeling Agency in Miami, Florida. She went on to appear in advertising campaigns for a wide range of brands, from eBay to Estée Lauder. Additionally, McCord modeled for such publications as Maxim, Playboy, Seventeen, Nylon, and Woman's World, among others.

McCord first appeared on television in 2006; that year, she was in episodes of the teen drama series "The O.C." and the crime drama "Close to Home." Her first main role came the following year, when she played Loren Wakefield on the MyNetworkTV telenovela "American Heiress." McCord also appeared in episodes of "Cold Case," "Ugly Betty," "CSI: Miami," and "Greek" the same year. She subsequently gained her greatest recognition yet when she played the conspiratorial Eden Lord in the fifth season of the FX series "Nip/Tuck." During this time, McCord also appeared in an episode of the Starz comedy series "Head Case."

McCord garnered a new level of fame in 2008 when she began playing socialite Naomi Clark on the CW's "90210," the fourth installment in the "Beverly Hills, 90210" franchise. Although the part was originally conceived as a supporting role, McCord's performance was so well received by audiences and the media that her Naomi was being referred to as a leading character by the end of season one. As a result, the character was given greater prominence in the subsequent seasons. McCord played Naomi Clark on "90210" for all five of its seasons through 2013. For her work, she received a Teen Choice Award nomination for Female Breakout Star.

Following her run on "90210," McCord joined the TNT reboot of the primetime soap opera "Dallas," playing the role of Heather in the show's third season. She was also in the television film "The Christmas Parade" and an episode of the police procedural "Stalker." In 2016, McCord played the recurring role of Melanie Warner in the second season of the ABC anthology mystery series "Secrets and Lies." The same year, she appeared in the pilot episode of "Lucifer," and had a recurring role as a pharmaceutical representative in the third season of the medical series "The Night Shift." McCord next appeared on the small screen in 2018 with a main role on the short-lived sitcom "Let's Get Physical." Among her other credits, she has been in episodes of "Legends of Tomorrow" and "Power Book III: Raising Kanan." 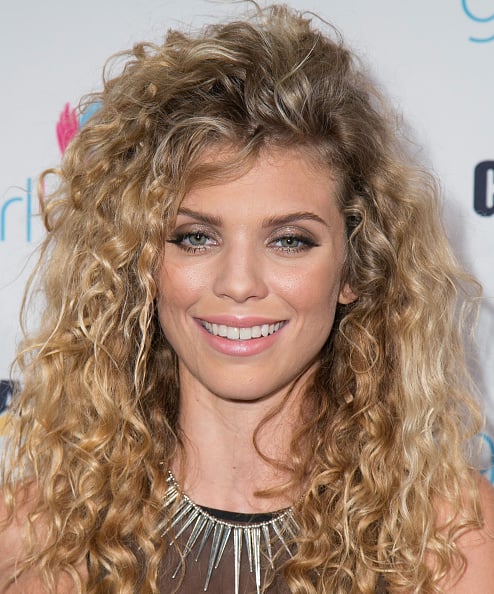 McCord made her film debut in 2002, playing Cassandra in "The Middle of Nowhere." She next appeared on the big screen in 2005 with a bit part in the action-thriller sequel "Transporter 2." The same year, she was in the Italian comedy "Natale a Miami." McCord had her first leading film role in 2007, playing Debbie Wilks in "Sirens of the Caribbean." The following year, she had a prominent role in the horror film "Day of the Dead," costarring Mena Suvari, Nick Cannon, Ving Rhames, and Michael Welch; and a substantial role in another horror film, "The Haunting of Molly Hartley," costarring Haley Bennett and Chace Crawford. In 2009, McCord was part of the ensemble cast of the teen sex comedy "Fired Up!" She subsequently starred alongside 50 Cent and Val Kilmer in the direct-to-video action film "Gun." McCord went on to reunite with 50 and Kilmer for another direct-to-video action film, "Blood Out."

In 2012, McCord earned some of the best reviews of her career for her starring performance in the horror film "Excision." She played Pauline, a disturbed high school girl and aspiring med student who takes extreme, bloody measures to win the approval of her domineering mother. The year after this, McCord starred as a vengeful girlfriend in the psychological thriller "Scorned"; she also had a supporting role in the action film "Officer Down." Her subsequent credits included the direct-to-video films "Gutshot Straight" and "Santa's Little Helper." In 2016, McCord was in the black comedy "Trash Fire" and the action film "Amerigeddon." She starred in another black comedy, "68 Kill," in 2017. McCord's other starring roles have been in the crime thriller "First We Take Brooklyn" and the Western "A Soldier's Revenge." She has also had supporting roles in the horror-comedy "Tone-Deaf" and the drama "American Skin."

McCord is highly active in charity and philanthropy. She has volunteered with a plethora of charitable organizations, including Artists for Peace and Justice; Do Something; the St. Bernard Project; Stand Up to Cancer; Invisible Children; and the National Domestic Violence Hotline, among others. McCord is also the president of Together1Heart, a group that assists women and children affected by human trafficking and sexual violence. In 2015, she spoke at the United Nations; she has also spoken at many colleges and private events.

McCord started dating actor Dominic Purcell in 2011. The couple split in 2014, only to reunite the next year. McCord and Purcell continued this pattern over the subsequent years, separating again in 2018 before rekindling their relationship in 2020.

In 2014, McCord revealed that she was sexually abused by a male friend as a teenager. Later, it was reported that she was receiving treatment for PTSD stemming from this and earlier instances of sexual violence. In 2021, McCord disclosed that she had been diagnosed with dissociative identity disorder.