Gurwitch began working Off-Broadway and eventually landed on the list of the top ten performances given in theatre for the year 2002 by "The New York Times" for her part in "Joe and Betty". She began carving out a role on TV, landing the job as the host of TBS' "Dinner and a Movie" with Paul Gilmartin. She held the role for six years. Gurwitch has since hosted "Not Necessarily the News", "Best Of…", "You're Invited", "Wa$ted!", and "The Dream Team with Annabelle and Michael". She's also acted on a handful of TV shows, including "Dexter", "Medium", "Seinfeld", and "Boston Legal". Gurwitch has appeared in several movies, including "The Shaggy Dog", and later wrote, produced, directed, and acted in 2007's "Fired!", a documentary about 25 people who got the axe from their jobs. She is the author of her memoir, "I See You Made An Effort: Compliments, Indignities and Survival Stories from the Edge of 50", and co-wrote a book with her husband, "You Say Tomato, I Say Shut Up". Gurwitch writes for a variety of magazines, including the "Los Angeles Times Magazine", "Publishers Weekly", "Men's Health", "Marie Claire", "Glamour", and "Penthouse". Gurwitch has been married to her husband, Emmy winner Jeff Kahn, and they have one son together. 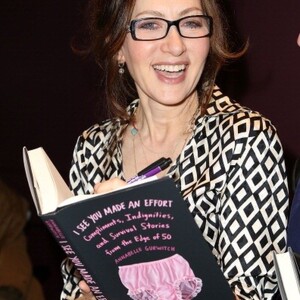