What is Annabella Sciorra's Net Worth?

Annabella Sciorra is an actress, best known for her roles in films such as "True Love," "Jungle Fever," "Cop Land," and "What Dreams May Come." Annabella has a net worth of $4 million. On television, she received an Emmy Award nomination for her seven-episode guest appearance on "The Sopranos." Sciorra's other credits include the films "The Addiction" and "The Maid's Room," and the television series "Mental," "GLOW," and "New Amsterdam."

Annabella Sciorra was born in 1960 in Brooklyn, New York to Italian immigrant parents. Her father was a veterinarian from Abruzzo, while her mother was a fashion stylist from Lazio. As a child, Sciorra practiced dance; later, she took drama lessons at both the American Academy of Dramatic Arts and the Herbert Berghof Studio in Greenwich Village.

In 1988, Sciorra made her television acting debut in the miniseries "The Fortunate Pilgrim," based on the eponymous Mario Puzo novel. The next year, she made her feature film debut with a starring role in the comedy "True Love." A hit with both audiences and critics, it won the Grand Jury Prize at the Sundance Film Festival, and earned Sciorra an Independent Spirit Award nomination for Best Female Lead.

Sciorra followed her film breakthrough in 1989 with three major films in 1990: the Richard Gere crime thriller "Internal Affairs," the Robin Williams comedy "Cadillac Man," and the Jeremy Irons literary adaptation "Reversal of Fortune." The following year, Sciorra was in the buddy cop comedy "The Hard Way," starring Michael J. Fox and James Woods. The same year, she drew significant acclaim for her leading role opposite Wesley Snipes in the Spike Lee romance "Jungle Fever." This was followed by further starring roles in the thrillers "The Hand That Rocks the Cradle" and "Whispers in the Dark." Sciorra continued to have a prolific film career throughout the remainder of the 90s. Her credits include the romantic comedies "The Night We Never Met," "Mr. Wonderful," and "Mr. Jealousy"; the neo-noir crime thriller "Romeo is Bleeding," with Gary Oldman and Lena Olin; Abel Ferrara's vampire horror film "The Addiction"; the action comedy "Underworld"; the crime dramas "The Funeral" and "Cop Land"; and the fantasy "What Dreams May Come," costarring Robin Williams.

In the early 2000s, Sciorra was in "King of the Jungle," "Sunday," and "Sam the Man." She was subsequently in the romantic comedy "Chasing Liberty," the coming-of-age drama "12 and Holding," the Sidney Lumet courtroom drama "Find Me Guilty," and the dramedy "Marvelous." After a six-year break from film, Sciorra returned to the big screen with 2012's "A Green Story." She followed this with roles in the psychological thriller "The Maid's Room" and the comedies "Don Peyote" and "Friends and Romans." Later credits have included "Alto," "Back in the Day,"  and "The Kitchen," starring Melissa McCarthy, Elisabeth Moss, and Tiffany Haddish. 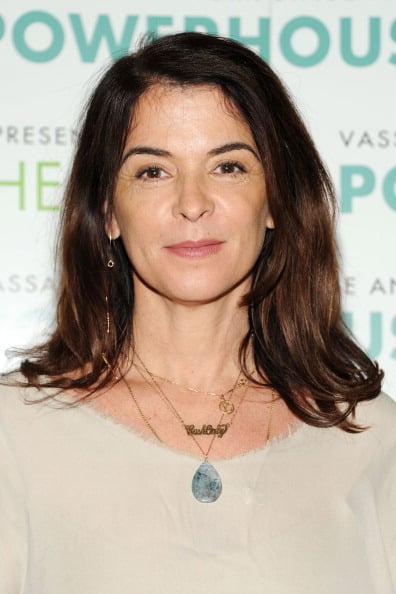 In the 90s, Sciorra was in the television films "Prison Stories: Women on the Inside," "Favorite Deadly Sins," and "Asteroid." Later, in 2001, she had her most acclaimed television role yet on the HBO crime drama "The Sopranos." For her performance as Gloria Trillo, Sciorra earned an Emmy Award nomination for Outstanding Guest Actress in a Drama Series. She had another significant part in 2003 on the CBS courtroom series "Queens Supreme," playing newly appointed judge Kim Vicidomini; however, due to poor ratings, the show was canceled after three episodes. Sciorra went on to star in the television film "Identity Theft: The Michelle Brown Story," and to have a main role in the fifth season of "Law & Order: Criminal Intent." Guest appearances followed on "The L Word" and "ER." In 2009, Sciorra had a main role on the short-lived Fox series "Mental."

Sciorra appeared in episodes of a variety of shows throughout the 2010s, including "The Whole Truth," "The Good Wife," "Blue Bloods," "CSI: Crime Scene Investigation," and "Bull." In 2018, she had a recurring role in the second season of the Netflix series "GLOW," playing the character Rosalie Biagi. The same year, Sciorra portrayed Rosalie Carbone in episodes of the Netflix Marvel series "Luke Cage" and "Daredevil." Other credits have included the Apple TV+ series "Truth Be Told," the Epix crime drama "Godfather of Harlem," and the NBC medical drama "New Amsterdam."

In 1989, Sciorra wed actor Joe Petruzzi; they divorced in 1993. Over a decade later, Sciorra started dating actor Bobby Cannavale, with whom she was with from 2004 to 2007.

In late 2017, Sciorra was one of the many people to accuse film producer Harvey Weinstein of sexual assault. She alleged that he had raped her in 1993 after forcing his way into her apartment, and that he continued to sexually harass her over the ensuing years. At trial, Sciorra was the key witness in talking about Weinstein's pattern of sexually abusive behavior. However, the jury decided it could not convict him beyond a reasonable doubt. 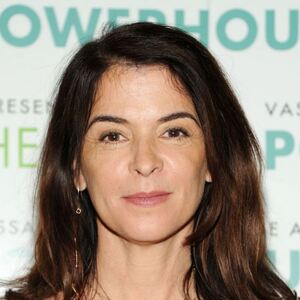