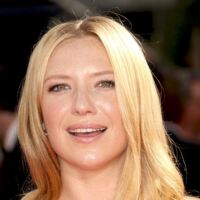 Anna Torv Net Worth: Anna Torv is an Australian actress who has a net worth of $6 million dollars. She is best known for her roles on the TV series "Fringe" and "Mindhunters".

Anna Charmichael Torv was born in Melbourne, Victoria, Australia in June 1979. Her aunt, Anna Murdoch Mann, was previously married to billionaire Rupert Murdoch. Anna graduated from Australia's National Institute of Dramatic Art in 2001. Her first role came in the 2002 TV movie White Collar Blue. She played Irena Nedov in the 2002 series Young Lions. From 2004 to 2005 she starred as Nikki Martel on the TV show The Secret Life of Us. In 2008 Torv has a recurring role on the series Mistresses as Alex. Her best known role came as FBI Agent Olivia Dunham on the Fox series Fringe from 2008 to 2013. In 2009 Anna won the Australians in Film Breakthrough award. From 2009 to 2012 she was listed as one of "TV's 100 Sexiest Women" by BuddyTV. She finished #16 in 2009. Torv won the Academy of Science Fiction, Fantasy & Horror Films Saturn Award for Best Actress on Television for Fringe in 2010, 2011, 2012, and 2013. She has been nominated for a Critics Choice Television Award, two Scream Awards, and four Teen Choice Awards, all for Fringe. She was previously married to Mark Valley.