What is Anna Paquin's net worth?

Anna Paquin is a Canadian-born, New Zealand-raised actress who has a net worth of $14 million dollars. Anna Paquin is known for starring in films such as "The Piano" and "Fly Away Home." She achieved later fame as an adult playing the mutant superhero Rogue in the "X-Men" film franchise, as well as for playing the leading role of Sookie Stackhouse on the vampire television series "True Blood." Among Paquin's other film credits are "Almost Famous," "25th Hour," and "Margaret."

When she was nine years old, she followed her older sister to an audition for a film that was shooting in New Zealand. She ultimately won the role, beating out over 5,000 other girls. The film was a small independent project called, "The Piano". The movie went on to win three Oscars, including the award for Best Supporting Actress, which went to Ms. Paquin. As of this writing she is still the second-youngest Oscar winner ever, having won at 11 years, 240 days old. The youngest winner is Tatum O'Neal who was 10 years and 148 days old in 1974 when she won for "Paper Moon."


Anna Paquin was born in 1982 in Winnipeg, Manitoba, Canada. Her mother, Mary, is from Wellington, New Zealand, while her father, Brian, is from Canada. Paquin is of French, Irish, and Dutch descent, and has two older siblings, Andrew and Katya. When she was four, the family moved to New Zealand; subsequently, Paquin took up piano, viola, and cello, as well as sports including swimming, downhill skiing, and gymnastics.

She went to Raphael House Rudolf Steiner School until she was nine, and then attended Hutt Intermediate School. She began her secondary education at Wellington Girls' College, but following her parents' divorce in 1995, moved with her mother to Los Angeles. There, she completed her high school diploma at Windward School, graduating in 2000. Paquin then enrolled at Columbia University for a year, but ultimately dropped out to pursue her acting career.

"The Piano" and Child Acting

In 1993, at the age of nine, Paquin made her feature film debut in Jane Campion's New Zealand-set period drama "The Piano." Chosen among 5,000 candidates, she played the character of Flora McGrath, the young daughter of a psychologically mute Scottish woman played by Holly Hunter. A huge critical and commercial success, the film earned Paquin an Academy Award for Best Supporting Actress, making her the second youngest winner of a competitive Oscar in the history of the awards.

Although Paquin had not planned to continue acting professionally, the triumph of "The Piano" kept leading to more offers. However, she rejected them, instead appearing in a series of television commercials for companies including MCI and Manitoba Telecom Systems. Later, in 1996, she made her return to the big screen with two major roles. She played the young Jane Eyre in Franco Zeffirelli's adaptation of the classic Charlotte Brontë novel, and starred in the leading role in the family drama "Fly Away Home," playing a girl who cares for orphaned goslings.

As a teenager, Paquin's film credits included "A Walk on the Moon," costarring Viggo Mortensen and Diane Lane; the Steven Spielberg historical drama "Amistad"; the independent film "Hurlyburly"; the teen romcom "She's All That"; and the Cameron Crowe dramedy "Almost Famous," released in 2000. Also that year, Paquin gave her first performance as the superhero Rogue in Bryan Singer's big-screen adaptation of the comic "X-Men." She went on to reprise the role in three of the film's sequels: 2003's "X2," 2006's "X-Men: The Last Stand," and 2014's "X-Men: Days of Future Past." 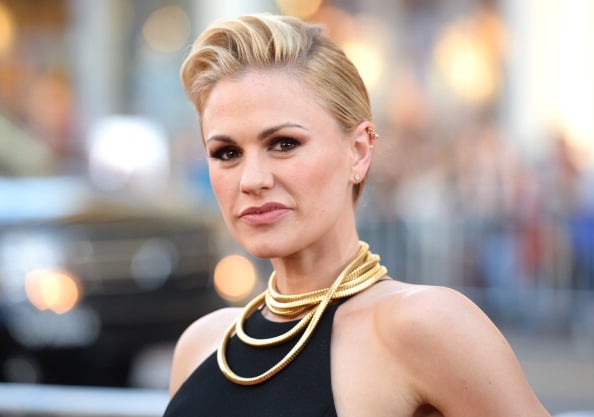 Among Paquin's other film credits from the early 2000s are "Finding Forrester," "Buffalo Soldiers," "Darkness," and the Spike Lee drama "25th Hour." In 2005, she appeared in the Noah Baumbach divorce drama "The Squid and the Whale," and in 2007, both executive produced and starred in the Canadian/American romcom "Blue State."

In 2010, Paquin starred in "The Romantics" and "Open House." She had one of her most acclaimed roles the next year, playing the leading role of Lisa Cohen in Kenneth Lonergan's epic teen drama "Margaret." The film had been repeatedly delayed following its completion in 2006; when it finally came out, it drew great praise from critics, and earned Paquin the London Film Critics' Circle award for Actress of the Year. Paquin has since appeared in such films as "Straight A's"; "Free Ride" and "The Parting Glass," both of which she also produced; the British romantic drama "Tell it to the Bees"; and Martin Scorsese's gangster epic "The Irishman."

Following her acclaimed performances in the television movies "The Member of the Wedding" and "Bury My Heart at Wounded Knee," Paquin landed her first starring role in a series in HBO's vampire horror drama "True Blood." Portraying Sookie Stackhouse, a half-human, half-fairy barmaid, Paquin was showered with praise, earning a Golden Globe Award in 2009 for Best Actress in a Television Series Drama. That same year, the actress played the real-life Polish World War II hero Irena Sendler in the television film "The Courageous Heart of Irena Sendler." Later, she appeared in episodes of the crime drama "Bellevue," the miniseries "Alias Grace," the British dramedy "Flack," and the Showtime drama "The Affair."

In 2010, at a private residence in Malibu, California, Paquin married her "True Blood" costar Stephen Moyer. They had been dating since the series started in 2007. In 2012, Paquin gave birth to fraternal twins. She also has a stepson and a stepdaughter through her marriage. Paquin and Moyer live in the Venice area of Los Angeles, California.

As a bisexual woman, Paquin has been vocal about LGBTQ rights. In 2010, she came out in a PSA for the "Give a Damn" campaign, which was part of the True Colors Fund advocacy organization. Paquin also supports groups such as the Elton John AIDS Foundation, the Make-A-Wish Foundation, and the Children's Hospital Los Angeles.

In 2010 Anna and Stephen paid $1.2 million for a small house in Venice, California. The couple proceeded to commission environmental architect David Hertz to build a 5-bedroom, 7,000 square-foot home. Part of the home's exterior is made from benches that were used for decades at the Hollywood Bowl. Anna and Stephen listed the home fore sale in July 2020 for $14 million. Hence the home's nickname, "The Hollywood House."

As of this writing the home is still for sale, at a slightly reduced price of $12.5 million. The property is one block from the beach and has incredible views from the roof deck. 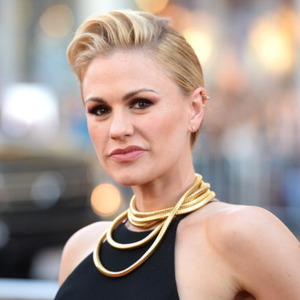