Anna Gunn net worth and salary: Anna Gunn is an American actress who has a net worth of $9 million dollars. Anna Gunn is best known for her performance as Skyler White on the acclaimed AMC crime series "Breaking Bad." In both 2013 and 2014, she won Emmy Awards for her work on the show. Gunn has also had substantial roles on the sitcom "Down the Shore," the legal drama "The Practice," and the Western series "Deadwood," among others.

Early Life and Education: Anna Gunn was born in 1968 in Cleveland, Ohio to parents Sharon, an interior designer, and Clemens, who worked in the real estate business. At an early age, the family moved to Santa Fe, New Mexico, where Gunn was raised. In 1986, she graduated from Santa Fe Preparatory School, and subsequently went to Northwestern University in Evanston, Illinois. While in college, she spent a semester abroad studying at the British American Drama Academy. In 1990, she graduated with a degree in theater from Northwestern. Gunn later moved to the Laurel Canyon area of Los Angeles, where she shared a home with fellow actress Pamela Adlon.

Early Television Career: Gunn made her television debut in 1992, appearing in an episode of the science-fiction series "Quantum Leap" and starring in the television film "Indecency." Also that year, she was cast as part of the ensemble of the Fox sitcom "Down the Shore," which lasted for 29 episodes. Subsequently, Gunn guest-starred in episodes of "Seinfeld," "Missing Persons," and "NYPD Blue," and played Agent Alex King in NBC's made-for-television movie "Moment of Truth: Caught in the Crossfire." Later on in the 90s, Gunn appeared on the legal drama "Murder One," the CBS medical drama "Chicago Hope," the Western series "The Lazarus Man," the crime drama "The Big Easy," and the NBC science-fiction series "Sleepwalkers." In 1997, Gunn landed one of her biggest roles yet as Assistant District Attorney Jean Ward on the ABC legal drama "The Practice," a role she played through 2002.

Television in the 2000s: In the early 2000s, Gunn made appearances on "Bull," "The Guardian," and the sitcom "Yes, Dear." The year 2003 was a particularly big one for the actress; in addition to appearing in episodes of "Dragnet," "The O'Keefes," "Wild Card," "The Lyon's Den," "Miss Match," and "Miracles," she starred in the CBS television film "Twelve Mile Road" alongside Tom Selleck. She was subsequently in episodes of "The D.A." and "Six Feet Under." Another of her biggest parts came in 2005, when she was cast in the main role of Martha Bullock on the HBO Western series "Deadwood," costarring Ian McShane and Timothy Olyphant. The show, which ran until 2006, is often considered among the greatest of all time.

After appearing in an episode of "Boston Legal" in 2007, Gunn landed her most famous television role as the antiheroine Skyler White on AMC's crime series "Breaking Bad." Gunn played the wife of Bryan Cranston's Walter White, a high school chemistry teacher who starts making meth after receiving a fatal cancer diagnosis. The show earned enormous critical acclaim and a surfeit of laurels, including 16 Emmy Awards, two Golden Globes, and two Peabody Awards. For her performance as Skyler White, Gunn herself was nominated for three Emmy Awards for Outstanding Supporting Actress in a Drama Series, winning twice in 2013 and 2014. 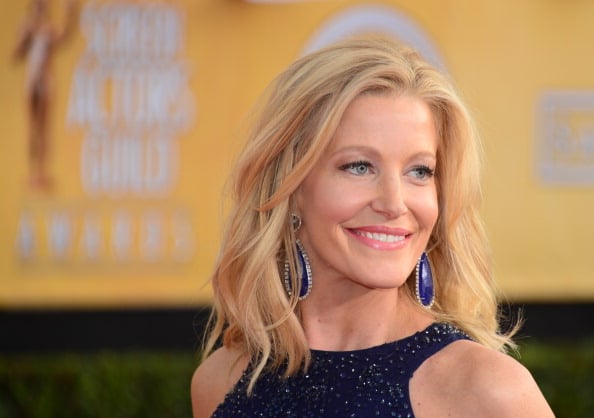 Post-"Breaking Bad" Television Career: While still on "Breaking Bad," Gunn made appearances in episodes of "Law & Order" and "Lie to Me," and costarred with John Stamos in the 2012 Lifetime film "Secrets of Eden." After "Breaking Bad" ended in 2013, Gunn guest-starred on "The Mindy Project," and was cast in a lead role on the Fox limited series "Gracepoint," a remake of the British drama series "Broadchurch." Subsequent credits have included the police procedural "Criminal Minds," the sketch comedy series "Portlandia" and "Robot Chicken," and the Jennifer Lopez crime drama "Shades of Blue," on which Gunn had a recurring role as councilwoman and mayoral candidate Julia Ayres. In 2019, Gunn reprised her old role as Martha Bullock in "Deadwood: The Movie," a continuation of the series featuring most of the main cast.

Film Career: On the big screen, Gunn made her feature film debut in the 1994 science-fiction comedy "Junior," starring Arnold Schwarzenegger, Danny De Vito, and Emma Thompson. The next year, she costarred in the thriller "Without Evidence" alongside Scott Plank and Angelina Jolie. Gunn closed out the 90s with parts in "Santa Fe" and in the action thriller "Enemy of the State," with Will Smith and Gene Hackman.

In 2000, Gunn appeared in the horror film "Lost Souls," starring Winona Ryder and Ben Chaplin. She was next in the comedy "Nobody's Baby" and the LGBTQ-themed "Treading Water." Gunn didn't appear in another movie until 2011, when she was in the Kevin Smith horror  thriller "Red State." Subsequent credits have included "Little Red Wagon," "Sassy Pants," the Wall Street drama "Equity," the Clint Eastwood biopic "Sully," and the Jim Gaffigan comedy "Being Frank."

Other Media: On stage, Gunn starred in the off-Broadway show "Sex with Strangers," directed by David Schwimmer at Second Stage Theatre. The actress has also lent her voice to video games, portraying the character of Ariel in the "Legacy of Kain" series.

In the early 2000s, Gunn purchased a home in the Hollywood Hills for around $1.7 million. Built in 1965, the remodeled, 2,447-square-foot house boasted five bedrooms and two baths, as well as an atrium courtyard, a swimming pool and spa, and a lounging deck. She sold the property in 2016. 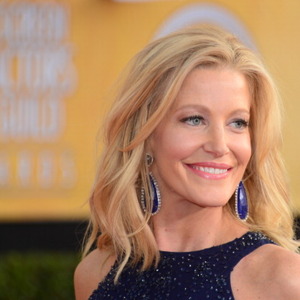