Anna Friel net worth: Anna Friel is a British actress who has a net worth of $10 million dollars. Anna Louise Friel was born in Rochdale on July 12, 1976. From the age of 13 she has appeared in a numerous of British television programs. Some of her roles include paying Beth Jordache on a soap opera called "Brookside".

In 2001 she made a stage debut in West End in London and has done several productions since then. Some of her movie roles include "David Leland's Land Girls" (1998). One of her well known U.S. roles was for the ABC series "Pushing Daisies". She was nominated for a Golden Globe Award in 2008 for her work in that series. Some of her other awards include the "National Television Award" (1995)., "Drama Desk Award" (1999), and the "Royal Television Society Award" (2009). In 2001 Friel was in relationship with the actor David Thewlis. After the two met Friel started to have some medical problems in which she thought she would not be able to give birth to a child. However, after a long time she gave birth to her daughter Gracie Ellen Mary Thewlis in 2005 despite the report that said she would not be able to give birth. After ten years Friel ended her relationship with Thewlis. She is currently dating actor Rhys Ifans. 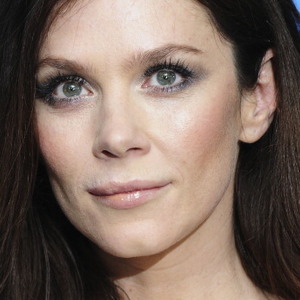