What is Anna Chlumsky's Net Worth?

Anna Chlumsky is an American actress who has a net worth of $5 million. Anna Chlumsky began her career as a child with a leading role in the 1991 coming-of-age film "My Girl." She has since appeared in a number of independent films, with notable credits including "Blood Car," "In the Loop," and "The End of the Tour." Chlumsky achieved her greatest acclaim between 2012 and 2019, when she earned six Emmy Award nominations for playing Amy Brookheimer on the HBO comedy series "Veep."

Anna Chlumsky was born on December 3, 1980 in Chicago, Illinois to Nancy, an actress, singer, and former flight attendant, and Frank Jr., a saxophone player and chef. She is of Croatian and Czech ancestry, and was raised Catholic.

Following a stint modeling with her mother in an advertising campaign, Chlumsky made her film debut with a bit part in John Hughes' 1989 comedy "Uncle Buck." Two years later, she had her breakthrough with a leading role in the coming-of-age dramedy "My Girl," in which she played a young girl named Vada Sultenfuss living in 1970s Madison, Pennsylvania. The cast also included Dan Aykroyd, Jamie Lee Curtis, and fellow child actor Macaulay Culkin. In 1994, Chlumsky reprised her role in the sequel "My Girl 2," which added Austin O'Brien to the cast in lieu of Culkin. That same year, she starred opposite Sissy Spacek in the fantasy comedy "Trading Mom," based on the eponymous book by Nancy Brelis. Chlumsky's only other film credit in the 90s was the adventure film "Gold Diggers: The Secret of Bear Mountain," in which she and Christina Ricci starred as two teenagers searching for a cache of gold in the Pacific Northwest.

Chlumsky took a hiatus from acting at the end of the 90s so she could pursue her higher education. She enrolled at the University of Chicago, and graduated in 2002 with a bachelor of art's degree in international studies. Following this, Chlumsky worked for the Zagat Survey as a fact-checker, and then worked for HarperCollins as an editorial assistant for one of the publisher's science-fiction imprints. However, finding this line of work unsatisfying, she decided to return to acting, and went to the Atlantic Acting School in Manhattan to get formal training.

Following her hiatus, Chlumsky returned to the big screen in 2007 with a role in the independent black comedy "Blood Car." Next, she was in "Eavesdrop." Chlumsky subsequently had one of her most notable roles in 2009, when she played State Department assistant Liza Weld in Armando Iannucci's political satire "In the Loop," a spinoff of his BBC series "The Thick of It." The same year, she appeared in the romantic comedy "The Good Guy," costarring Alexis Bledel, Scott Porter, and Bryan Greenberg.

In the early 2010s, Chlumsky starred in the comedies "The Pill" and "Bert and Arnie's Guide to Friendship." Later in the decade, she appeared in two dramas: "The End of the Tour," starring Jesse Eisenberg and Jason Segel, and "Hala," about a Pakistani-American Muslim girl navigating cultural tensions between her family and her personal wishes.

Chlumsky made her debut on the small screen in 1997, playing a teenager battling cancer in the television film "A Child's Wish." The next year, she appeared in episodes of the series "Cupid" and "Early Edition." When Chlumsky returned from her acting hiatus in the late 00s, she made guest appearances on the sitcom "30 Rock" and the police procedural "Law & Order." In 2009, she was in the television films "12 Men of Christmas" and "House Rules," and had a recurring role on the short-lived ABC series "Cupid," a reboot of the 1998 series on which she also appeared. Chlumsky was subsequently in episodes of "Covert Affairs," "Lights Out," and "White Collar." 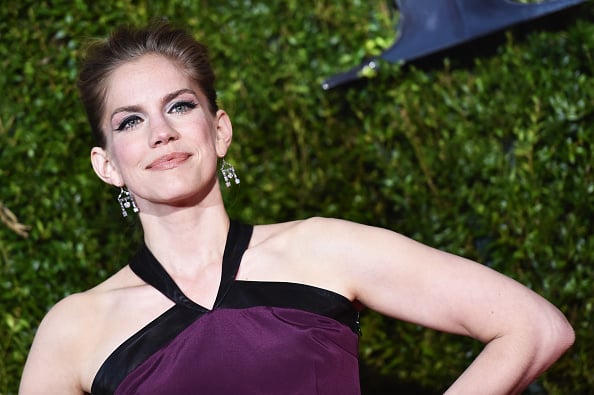 In 2012, Chlumsky began her most acclaimed role, playing Vice President's Chief of Staff Amy Brookheimer on the HBO political satire series "Veep." An adaptation of Armando Iannucci's "The Thick of It," the series followed fictional United States Vice President Selina Meyer, played by Julia Louis-Dreyfus, and her staff. For her work on the show through 2019, Chlumsky earned six Emmy Award nominations for Outstanding Supporting Actress in a Comedy Series. While still on the show, she made appearances in episodes of "Army Wives" and "Law & Order: Special Victims Unit," and played Miriam Lass in four episodes of NBC's "Hannibal." In 2017, she played Dr. Katie Herman in the fourth season of the period drama series "Halt and Catch Fire." Chlumsky's later credits have included main roles on the Shonda Rhimes Netflix drama "Inventing Anna" and the Paramount+ revival of the animated series "Rugrats."

In addition to film and television, Chlumsky has performed in a number of shows on stage. Her credits include off-Broadway productions of Lanford Wilson's "Balm in Gilead" and Brett C. Leonard's "Unconditional," in 2005 and 2008, respectively. Later, in 2012, she starred in the world premiere of David Adjmi's "3C" at the Rattlestick Playwrights Theater. Chlumsky has also appeared on Broadway in a production of "You Can't Take it with You."

In 2007, Chlumsky got engaged to Army Reserve member Shaun So, whom she had met while they were both attending the University of Chicago in 2000. They married in 2008, and have two daughters named Clara and Penny. 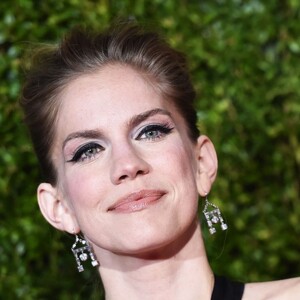