Anna Belknap net worth: Anna Belknap is an American actress who has a net worth of $6 million dollars. Anna C. Belknap was born in Damariscotta, Maine in May 1972. She is best known for playing Lindsay Monroe on the television series CSI: NY. Anna graduated from Middlebury College and the American Conservatory of Theater.

Her first role came in the 1996 TV series Homicide: Life on the Street. She appeared in episodes of Law & Order and Law & Order: Special Victims Unit. Belknap had a recurring role in the TV series Deadline and starred as Lily in the show The Handler. From 2004 to 2005 she starred as Eva Rossi in the TV series Medical Investigation. Anna's best known role came as Detective Lindsay Monroe in the CBS series CSI: NY from 2005 to 2013. She has appeared in the films The Reality Trap and Alchemy and is scheduled to appear in the upcoming No Way Jose. In 2002 she received the San Diego Theater Critics Circle's Craig Noel Award for Outstanding Performance. Anna married Eric Siegel in 2004 and the couple has two children together. Her second pregnancy was written into CSI: NY. 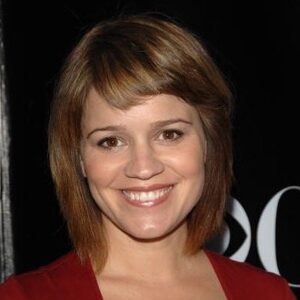