Ann Sothern net worth: Ann Sothern was an American actress who had a net worth equal to $16 million at the time of her death in 2001 (after adjusting for inflation). Ann Sothern was born in Valley City, North Dakota in January 1909 and passed away in March 2001. She acted on stage as well as on film, television, and radio. Her career started in the 1920s with small parts in films and she made her Broadway debut in 1930. Sothern starred as Maisie Ravier in 1939 in the film series Congo Maisie, Gold Rush Maisie, and Up Goes Maisie among others. She began starring on the television sitcom Private Secretary in 1953 and she was nominated for three Primetime Emmy Awards. She later starred on the CBS television sitcom The Ann Sothern Show. Sothern provided the voice of Gladys Crabtree on the TV series My Mother the Car. Her final film role acme in the 1987 movie The Whales of August and she received her only Academy Award nomination for Best Supporting Actress. In 1960 she received stars on the Hollywood Walk of Fame at 1612 Vine Street for Motion Picture and 1634 Vine Street for Television.

She was married to Roger Pryor from 1936 to 1943 and Robert Sterling from 1943 to 1949. Ann Sothern passed away on March 15, 2001 at 92 years old. At one point she owned an incredible 23-room mansion in Bel Air. She downsized to a ranch property in Idaho later in life and sold most of her former possessions. 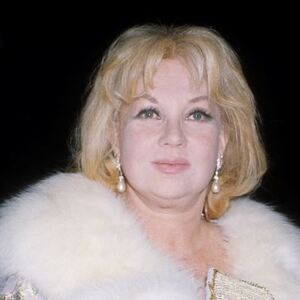