How much is Ann Blyth Worth?

Ann Blyth Net Worth: Ann Blyth is an American actress and singer who has a net worth of $2.5 million. Born Ann Marie Blyth on August 16, 1928, in Mount Kisco, New York, she was regularly cast in Hollywood musicals, but also made successful turns in dramatic roles. A radio singer at the young age of 5, Blyth went on to study for an opera singer and made her debut in this endeavor with the San Carlo Opera Company. Her first acting role was on Broadway in the production of Watch on the Rhine, from 1941 to 1942. Two years later, Blyth inked a contract with Universal Studios, making her film debut in Chip Off the Old Block (1944). However, she first got a chance to showcase her talents when she was cast as "against type" Joan Crawford's mean daughter Veda in Mildred Pierce (1945). Her incredible dramatic portrayal fetched her outstanding reviews from critics and a nomination for an Academy Award for Best Supporting Actress. What's more, she won the Best Actress award for that film. Ever since, Blyth has been ceaselessly appearing in films, playing a great variety of roles ranging from silly sweet parts in features like Free for All (1949) and Sally and St. Anne (1951), and more complete characters like her portrayal of Regina Hubbard in Another Part of the Forest (1948). She could be also seen in fantasies, including in Mr. Peabody and the Mermaid (1948). As for her beautifully trained voice, it was often heard in such musicals as The Student Prince (1954), Rose Marie (1955) and Kismet (1956). Ann Blyth left a deep mark in the movie industry playing a real-life songstress in The Helen Morgan Story (1957) and portraying the wife of the legendary opera star, in The Great Caruso (1951). In the latter, Ann got the chance to introduce the beautiful song, It's the Loveliest Night of the Year. It was in 1953 that she wed Dr. James McNulty and gave birth to five children. Ann's late career saw her performing on stage, TV and even concerts. Blessed with classic beauty, musical and dramatic talents, Ann Blyth's legacy is enduring. 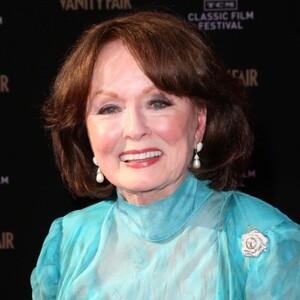