Ann B. Davis Net Worth

in Richest Celebrities › Actors
Ann B. Davis Net Worth:
$400 Thousand

What was Ann B. Davis' Net Worth?

Ann B. Davis was an American actress who had a net worth of $400,000 at the time of her death. Davis was probably best known for her role in "The Brady Bunch," in which she played the housekeeper Alice Nelson. Prior to this role, she earned widespread popularity and praise for her role in "The Bob Cummings Show." Although she would later become better known for her work on "The Brady Bunch," her prior role on "The Bob Cummings Show" earned her two Primetime Emmy Awards for Outstanding Actress in a Comedy Series. Davis passed away at the age of 88 in 2014, having suffered a fatal slip and fall in her residence.

Ann Bradford Davis was born on May 3rd of 1926 in Schenectady, New York. Raised alongside her identical twin and two other siblings, Ann relocated with her family to Erie, Pennsylvania at the age of three. After graduating from high school, she attended the University of Michigan in Ann Arbor. Initially, she pursued a future career in medicine, majoring in pre-med.

However, she eventually fell in love with acting and focused entirely on drama. Part of the reason she shifted her career goals was that she was inspired by her older brother's performance in the play "Oklahoma." In 1948, Davis graduated from the University of Michigan with a degree in drama and speech.

One of Davis' first roles was as a musical judge on the show "Jukebox Jury" in the early 1950s. She then broke through with a role in "The Bob Cummings Show." Ann played Charmaine "Schultzy" Schultz in this series, having been recommended for the part by her friend's boyfriend, who was a casting director. This proved to be a major step forward for Davis' career, and she was nominated four times for the Primetime Emmy Award for Outstanding Supporting Actress in a Comedy Series. Out of these four nominations, she won the award twice.

Over the next few years, Ann appeared on shows like "The Ford Show, Starring Tennessee Ernie Ford" before receiving a star on the Hollywood Walk of Fame. During this period, she explored other acting opportunities, appearing in a number of stage productions. These included a production of "The Matchmaker" that toured the nation, and the Broadway production of the musical "Once Upon a Mattress." In the mid-60s, Ann returned to television and played a PE teacher in the sitcom "The John Forsythe Show," but the show was canceled after one season.

Over the next few years, Ann B. Davis established herself as a successful stand-up comedian while appearing in a number of television commercials for various brands. In 1969, she was committed to a lengthy booking in Seattle for stand-up comedy. This proved to be an issue, as this was the year she booked her iconic role of Alice Nelson in "The Brady Bunch." Fortunately, Paramount Studios agreed to buy her out of her stand-up contract, and she was able to take the role.

Davis continued to play the housekeeper in "The Brady Bunch" until 1974. However, she would return to the franchise on numerous occasions. These included television movies such as "The Brady Girls Get Married" and "A Very Brady Christmas." Ann also returned to play Alice Nelson in spin-off TV series like "The Brady Brides" and "The Bradys," although both of these shows proved to be extremely short-lived.

She then booked a cameo role in 1995's "The Brady Bunch Movie," playing a trucker named "Schultzy" (a reference to her role in "The Bob Cummings Show." Finally, she participated in the reunion "The Brady Bunch 35th Anniversary Reunion Special: Still Brady After All These Years." Towards the end of her career, Ann focused mostly on theater roles in productions like "Arsenic and Old Lace" and "Crazy for You." 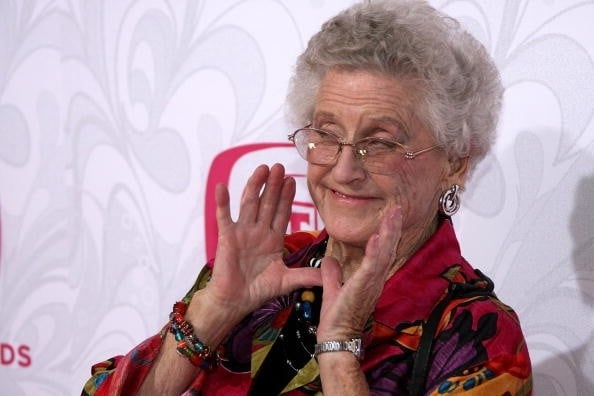 During the 60s and 70s, Ann B. Davis supplemented her acting income with a number of brand endorsements. She was perhaps most heavily linked to the Ford Motor Company, as she appeared in a number of television companies for the car manufacturer. Her most notable advertisements were for the mid-sized Ford Fairlane models.

In addition, Ann appeared in commercials for Minute Rice, and these brand endorsements continued until 1980. However, these TV ads were aired almost exclusively in Canada. Towards the later stages of her career, Ann appeared in several commercials for brands like Shake 'n Bake and Swiffer. Her iconic role as a maid made her ideal for these commercials, as marketing executives believed that she was an identifiable figure for housewives. However, it is worth noting that in real life, Davis never cooked or cleaned for herself, preferring to hire her own maid and housekeepers.

Davis passed away in 2014 at the age of 88. Despite her advanced age, Ann's death came as something of a shock to those around her. This was due to the fact that Davis was in excellent health. Her passing was caused by a fall in the bathtub of her San Antonio residence. This caused a subdural hematoma, a complication that proved to be fatal.

Ann B Davis lived in many different areas over the course of her life. One of her homes was located in Colorado, and it is known as the Cass Mansion. After selling her home in Los Angeles, she moved into this home in 1976 before relocating to Pennsylvania in 1990. Her final residence was in San Antonio, Texas. This was the home in which she passed away, and at the time she was living with Bishop Frey and his wife, Barbara. 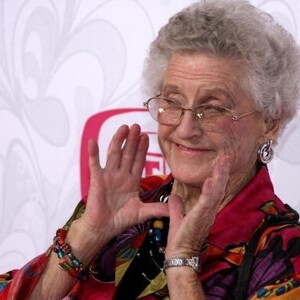