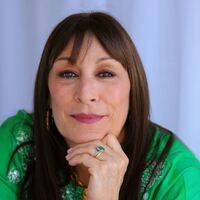 What Is Anjelica Huston's Net Worth?

Anjelica Huston is an American actress, director, producer, and author who has a net worth of $60 million. Huston won an Academy Award for her performance in 1985's "Prizzi's Honor," which was directed by her father, John Huston.

Anjelica Huston was born on July 8, 1951, in Santa Monica, California. Her father, John Huston, was a director, screenwriter, and actor known for films such as "The Maltese Falcon" and "The African Queen," and her mother, Enrica Soma, was a model and prima ballerina. When Anjelica was 2 years old, the family moved to Ireland, and she attended Kylemore Abbey in Connemara. After moving to England, Huston studied at Holland Park School in London. Anjelica has an older brother named Tony, and she has an adopted brother, Pablo, from her father's previous marriage to actress Evelyn Keyes. She has two younger half-siblings as well – Allegra, from her mother's affair with historian and television personality John Julius Norwich, and Danny, from her father's affair with author Zoe Sallis.

Huston had uncredited roles in the films "Casino Royale" (1967) and "Sinful Davey" (1969), then she played a teenage French noblewoman in the 1969 film "A Walk with Love and Death," which was directed by her father. In 1968, Anjelica and her mother were photographed for "Vogue" magazine, and after Enrica died in a car accident in early 1969, Huston moved to New York and pursued a modeling career. In the early '70s, she signed with Ford Models and spent a few years working in Europe before moving back to Los Angeles to focus on an acting career. In 1976, Anjelica appeared in the film "The Last Tycoon," followed by "The Postman Always Rings Twice" in 1981 and "Rose for Emily" and "Frances" in 1982. 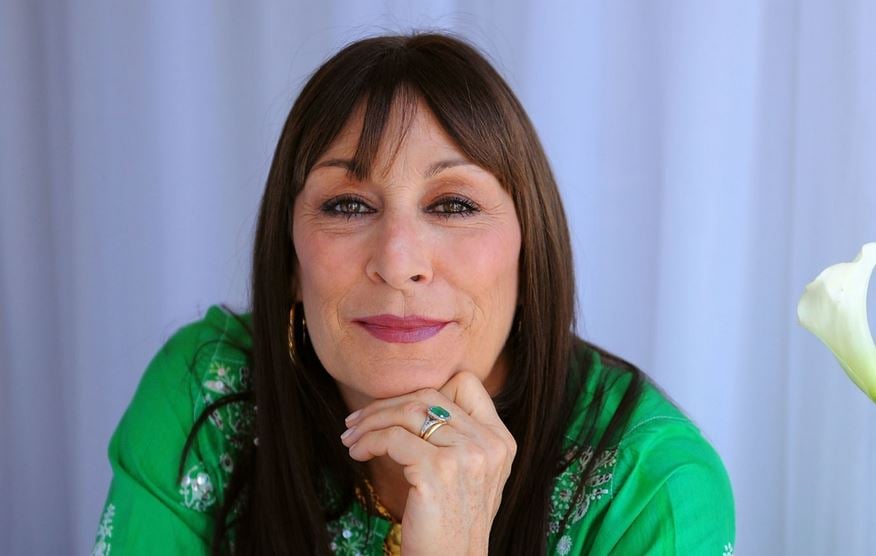 In 1969,  17-year-old Anjelica began a relationship with photographer Bob Richardson, who was 23 years older than her, and they were together for four years. After meeting Jack Nicholson in 1973, Huston had an on-again, off-again relationship with him until 1990 when he fathered a child with another woman. In the late '70s, Anjelica dated Ryan O'Neal, and she revealed in her memoir that she left him after he assaulted her at a party. She wrote, "He turned on me, grabbed me by the hair and hit me in the forehead with the top of his skull…I saw stars and reeled back. Half blind, I ran away from him." Huston added that she hid in a bathroom to get away from O'Neal and when she finally agreed to let him talk to her, he attacked her again, "batting [her] about the head with an open hand." Anjelica married sculptor Robert Graham on May 23, 1992, and they remained together until his death in 2008.

In 2007, Huston led a U.S. Campaign for Burma and Human Rights Action Center letter campaign urging United Nations Secretary General Ban Ki-moon to intervene and help secure the release of Aung San Suu Kyi, a Burmese politician, diplomat, and Nobel Peace Prize recipient. Anjelica is a member of the Save the Chimps advisory council, and she narrated the video "Save the Chimps History" for the organization. In 2012, she appeared in a PSA for PETA encouraging Hollywood to stop using great apes in movies, TV shows, and commercials, and that year PETA named her Person of the Year.

Anjelica won an American Television Award for Best Actress in a Miniseries for "Family Pictures" and a Gracie Allen Award for Outstanding Female Actor in a Supporting Role in a Drama Series for "Smash," and she earned a Satellite Award for Best Actress in a Supporting Role in a Series, Miniseries or Motion Picture Made for Television for "Iron Jawed Angels." In 1999, Huston received the Icon Award at the Elle Women in Hollywood Awards, a Chloe Award at the Chlotrudis Awards, and a Muse Award from the New York Women in Film & Television, and in 2003, she was named the Hasty Pudding Theatricals Woman of the Year. She won a National Board of Review Award for "Prizzi's Honor," and she earned National Society of Film Critics Awards for Best Supporting Actress for "Prizzi's Honor" and "Enemies: A Love Story" and Best Actress for "The Grifters" and "The Witches." Huston was named Female Star of the Year at the 1998 Golden Apple Awards and the 1990 ShoWest Convention, and she received the Excellence Award at the 2008 Locarno International Film Festival. She was honored with a Crystal Award at the 1996 Women in Film Crystal Awards, a Maverick Award at the 2000 Taos Talking Picture Festival, and a Taormina Arte Award at the 2004 Taormina International Film Festival. Anjelica received a Donostia Lifetime Achievement Award at the 1999 San Sebastián International Film Festival, and "Agnes Browne" won the Youth Jury Award at that year's festival. In 2010, she received a star on the Hollywood Walk of Fame.

In 2014, Huston sold the Venice Beach home she had shared with Graham for $11.15 million. Graham designed and built the 3,800 square foot home and 11,000 square foot artist's studio that sit on the five-parcel property. Anjelica originally listed the home for $18 million after Robert's death, then she lowered the asking price several times; the final asking price was $11.9 million.