During this time Johnson played a Vietnamese nail salon employee and the fast food employee Bon Qui Qui. Anjelah moved to Los Angeles to pursue a comedy career in 2005. She took improve classes and worked on her stand-up comedy routine. For MADtv she was nominated for an ALMA Award for Outstanding Female Performance in a Comedy Television Series in 2008. She has starred in the movies The Box, Alvin and Chipmunks: The Squeakuel, Our Family Wedding, Enough Said, and Moms' Night Out. In 2009 she had her own Comedy Central special Anjelah Johnson: That's How We Do It. In 2011 she became a spokesperson for Mexican restaurant Taco Cabana. Johnson was a member of the Oakland Raiderettes and was named Rookie of the Year and also performed at Super Bowl XXXVII. 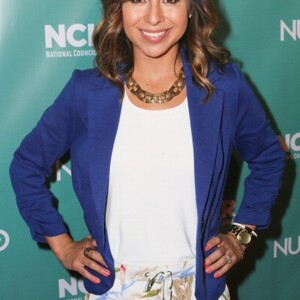