Anika Noni Rose Net Worth: Anika Noni Rose is an American singer and actress who has a net worth of $3 million. Born Anika Noni Rose on September 6, 1972, in Bloomfield, Connecticut, US, she rose to fame with her Tony Award-winning performance in the Broadway production of Caroline, or Change. It was in her freshman year in high school when Rose started performing in school productions and thus caught the acting bug.

She continued studying the craft at the Florida A&M University, from which she walked out with a BA degree in theater. Next, she mastered in drama at the American Conservatory Theater in San Francisco, California. Backed with talent and knowledge, she moved to New York to pursue her career, with great hopes of appearing on Broadway. After three months, Anika got the role of Rusty in Broadway's Footloose, which was followed by numerous workshops and two musicals using pre-existing song catalogs. But Rose's big Broadway break came as she got cast as Emmie Thibodeaux in Caroline, or Change in 2004. This turn fetched her the Theater World Award, the Lucille Lortel Award for Outstanding Featured Actress, as well as the Tony Award for Best Featured Actress in a Musical that year. While her Broadway career was on the rise, she also started to appear in movie features and TV series. The skilled actress left a mark in the industry with her performances in the films Dreamgirls, The Princess and the Frog, and the film version of For Colored Girls. Noni was named a Disney Legend in 2011 and won a Tony Award for A Raisin in the Sun in 2014. 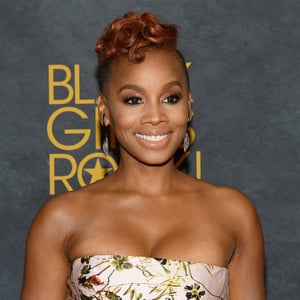