Angus Sampson net worth: Angus Sampson is an Australian actor, director, writer, producer, and voice artist who has a net worth of $500 thousand. Angus Sampson was born in Sydney, Australia in 1979. As an actor he starred in the television series Greeks on the Roof in 2003. From 2010 to 2011 he starred as Zach Hannigan in the TV series Spirited.

Sampson starred as Wayne Duffy in the series Party Tricks in 2014 and as Bear Gerhardt in the TV series Fargo in 2015. He has starred in the movies Darkness Falls, Fat Pizza, Razor Eaters, You and Your Stupid Mate, Kodoka, Footy Legends, Where the Wild Things Are, I Love You Too, Insidious, Blinder, Insidious: Chapter 2, Mad Max: Fury Road, and Insidious: Chapter 3. He has written and directed the 2014 film The Mule and wrote for the TV series Greeks on the Roof. Sampson has been nominated for awards from the Australian Film Critics Association Awards, the Australian Film Institute, and the SXSW Film Festival. 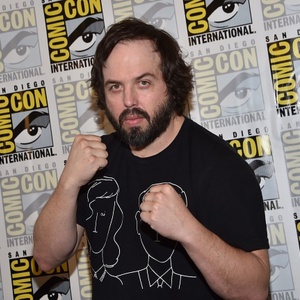