Angus Macfadyen Net Worth: Angus Macfadyen is a Scottish actor who has a net worth of $4 million dollars. Angus Macfadyen was born September 21, 1963 in Glasgow, Scotland. He is best known for his roles as Robert the Bruce in Braveheart, Jeff Denlon in Saw III and Vice-Counsel Dupont in Equilibrium.

He has made appearances in several television series such as Californication, Criminal Minds and the final season of Chuck. He currently stars as Robert Rogers in the AMC historical drama Turn: Washington's Spies. Macfadyen began his performing career as a child clown in a circus. He returned to Scotland to attend college then moved to London to attend drama school and went on to make appearances with the Edinburgh Fringe Theatre, featured in such productions as The Tempest and The Immortals. In 1991, his play 1905 won the Questor Award. Macfadyen also made frequent appearances in British TV productions ranging from the Scottish series Soldier, Soldier to The Lost Language of Cranes (1992). When the telefilm aired on PBS in the USA, it caused some controversy for brief nudity; a slightly edited version aired in some markets. The actor subsequently portrayed actor Richard Burton-to whom he bears a striking resemblance-in the unauthorized biopic Liz: The Elizabeth Taylor Story (NBC, 1995). With his Braveheart performance, Macfadyen displayed both a magnetic screen presence and dramatic versatility. He next portrayed a German prisoner-of-war held in an Irish internment camp in The Brylcreem Boys (1996). Subsequently, he was cast as an art gallery owner conned by Joanna Going in Still Breathing and later as a warlord in the children's film Warriors of Virtue. Macfadyen next appeared as Orson Welles in Tim Robbins' ambitious period drama Cradle Will Rock and as Anthony Hopkins' son Lucius in Titus (both 1999). In 2014 he appeared as Robert Rogers in the historical drama Turn: Washington's Spiesm, also starring Jamie Bell. 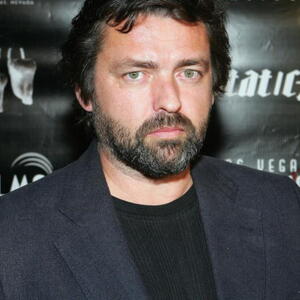