What is Angus T. Jones' net worth and salary?

Angus T. Jones is an American actor who has a net worth of $20 million. Angus T. Jones is most famous for his role on the long-running television show "Two and a Half Men". Angus appeared on the show from 2003-2013 and in 2015. In total, he appeared in 213 episodes. Despite the fact that the show made him the highest-paid child actor on the planet for several years in a row, he left "Two and a Half Men" in a whirl of controversy after making derogatory remarks about the series on a Christian radio program. He has not acted professionally since 2006.

Angus T. Jones was born in Austin, Texas on October 8, 1993, the older of two brothers. He made his professional debut in the late 90s, appearing in multiple television commercials before starting kindergarten. He then moved to television and film work, appearing in such projects as "Simpatico", "See Spot Run", "ER", " Dinner with Friends", "The Rookie", "Bringing Down the House", and "George of the Jungle 2". He also appeared in "The Christmas Blessing."

"Two and a Half Men"

In 2003, Angus was cast in the role that would make him a household name, as Jake Harper in the series, "Two and a Half Men". Angus T. Jones was the first child actor the producers saw for the role of Jake, and they cast him while he was still at the audition. His character of Jake made up the "half man" in the title, a 10-year-old living with his divorced father, played by Jon Cryer, and hedonistic uncle, portrayed by Charlie Sheen.

The show averaged an audience of around 15 million people and was the most popular sitcom in the U.S. for much of its run. During season nine of the show, which ran from 2011-2012, Angus's character Jake was given racier storylines. He was portrayed as a heavy marijuana user as well as being sexually active with older women.

In October 2012, Jones gave an interview with the Seventh Day Adventist radio program "Voice of Prophecy" in which he described his path to a newfound religious faith. The next month, he said he had been baptized and that he no longer wanted to appear on "Two and a Half Men," calling the show "filth" and saying it conflicted with his religious views. He also urged fans to stop watching the show. His outburst gained the attention of the media after he appeared in a video posted on the YouTube channel of ForeRunner Chronicles, an independent ministry run by Christopher Hudson. Jones issued a statement the next day clarifying his position and explained that he "cannot address everything that has been said or right every misstatement or misunderstanding." Producers for "Two and a Half Men" said he was not expected back on the set until 2012, and in April 2013 they downgraded him to "recurring role" status for season 11. He ultimately did not appear at all until he did a cameo on the series finale in season 12, which aired February 19, 2015. 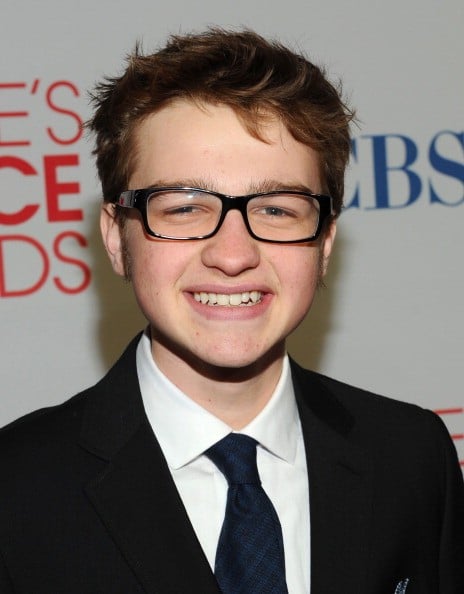 "Two and a Half Men Salary"

At the peak of his career on "Two and a Half Men," Angus earned a whopping $350,000 per episode, approximately $9-10 million per year when syndication points are taken into account. Jones was the highest-paid child star on television for many years.

In addition to his acting career, he is also a trained singer. Angus attended the University of Colorado Boulder after he left "Two and a Half Men." In 2016, Jones joined the management team of Tonight, a multimedia and event production company started by Justin Combs and Kene Orijoke.

Jones is active in many charitable efforts, including First Star Organization, which helps abused and neglected children. In August 2008, he joined other celebrities at the "Rock 'N Roll Fantasy Camp." Also in 2008, he attended Variety's Power of Youth benefit for St. Jude Children's Research Hospital in Memphis, Tennessee. In October 2009, he was awarded the Rising Start of 2009 for Big Brothers Big Sisters. He also supports the anti-bullying alliance Be a Star, co-founded by The Creative Coalition and WWE. Jones appeared at the Kids Night at the Dream Center LA with the cast of "Annie" in a charity event for children orphaned by Hurricane Katrina. 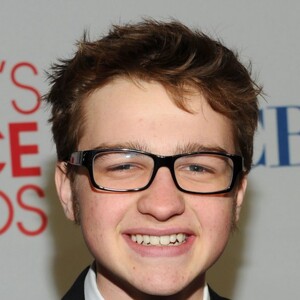