What Is Angie Harmon's Net Worth?

Angie Harmon was born Angela Michelle Harmon on August 10, 1972, in Highland Park, Texas. Angie's parents, Daphne Demar Caravageli and Lawrence Paul Harmon, divorced when she was very young. Both Daphne and Lawrence worked as models in the '70s, and Harmon began modeling when she was a baby. In 1987, 15-year-old Angie beat out more than 60,000 contestants to win a cover model contest for "Seventeen" magazine. She attended Highland Park High School, and after graduating in 1990, she traveled to Milan, Italy, and walked the runway there. Harmon won the Spectrum Fresh Faces Model Search in 1991, and she has walked in runway shows for Calvin Klein, Donna Karan, and Giorgio Armani. Angie signed with New York City's IMG Models, and she has graced the covers of magazines such as "Cosmopolitan," "ELLE," and "Glamour."

Harmon made her acting debut on the "Baywatch" spin-off "Baywatch Nights" in 1995. She starred as Ryan McBride in all 44 episodes of the series as well as a 1996 episode of "Baywatch." She guest-starred on the syndicated series "Renegade" in 1995, and in 1997, she appeared in her first film, "Lawn Dogs," and began playing Amanda Reardon on the ABC crime drama "C-16: FBI." In 1998, Angie joined the cast of "Law & Order" as A.D.A. Abbie Carmichael, and she reprised her role in six episodes of "Law & Order: Special Victims Unit" (1999–2000). She appeared in 72 episodes of "Law & Order" before leaving to focus on her film career. In 2000, Harmon voiced Barbara Gordon on the animated series "Batman Beyond" and in the film "Batman Beyond: Return of the Joker," and she played herself in the film "The Acting Class." Angie co-starred with Charlie Sheen, Denise Richards, Jon Lovitz, and Rosanna Arquette in the 2001 comedy "Good Advice," and she played the title role in the 2002 TV movie "Video Voyeur: The Susan Wilson Story." In 2003, she played a CIA handler in "Agent Cody Banks" alongside Frankie Muniz and Hilary Duff. 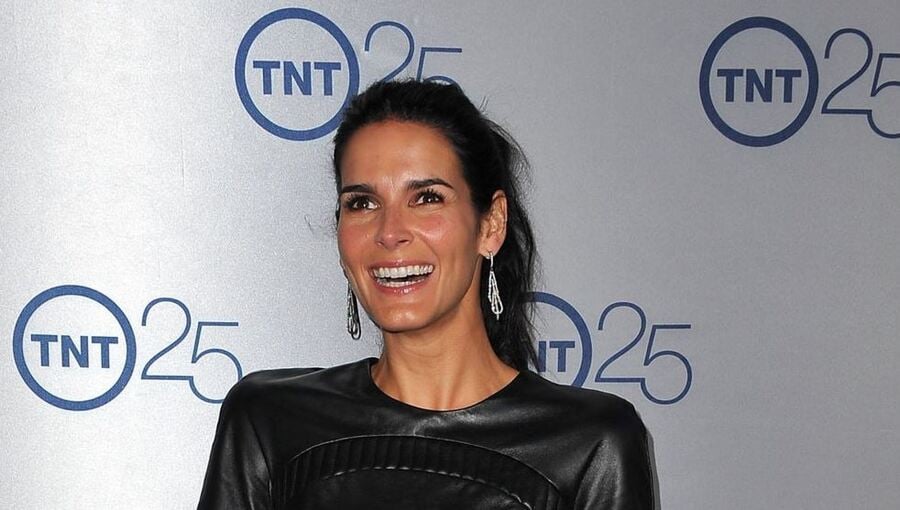 In 2005, Harmon appeared in the political thriller "The Deal," played Dr. Nora Campbell on the NBC series "Inconceivable," and co-starred with Jim Carrey, Téa Leoni, and Alec Baldwin in "Fun with Dick and Jane," which grossed $204.7 million at the box office. The following year, she appeared in the films "End Game," "Glass House: The Good Mother," and "Seraphim Falls." From 2007 to 2008, Angie starred as Lindsay Boxer on the television adaptation of James Patterson's "Women's Murder Club" series, and in 2008, she appeared in the TV movie "Living Proof." She guest-starred on "Samantha Who?" (2009) and "Chuck" (2010), and from 2010 to 2016, she played Jane Rizzoli to Sasha Alexander's Maura Isles on "Rizzoli & Isles." Based on a series of novels by Tess Gerritsen, the show aired 105 episodes over seven seasons. Harmon appeared in Craig Morgan's "This Ole Boy" music video in 2012, and from 2017 to 2018, she voiced Lady Trigel in three episodes of "Voltron: Legendary Defender." In 2021, she narrated the Lifetime docuseries "Cellmate Secrets," and she entered into a multi-picture development deal to star in, direct, and produce projects for the network.

While Angie was appearing on "The Tonight Show with Jay Leno" on March 13, 2000, her boyfriend, NFL player Jason Sehorn, walked onstage and surprised her with a proposal. The couple married on June 9, 2001, and they welcomed daughter Finley Faith on October 14, 2003, followed by Avery Grace on June 21, 2005, and Emery Hope on December 18, 2008. Harmon and Sehorn separated in 2014, and their divorce was finalized in 2016. Angie began a relationship with actor Gregory Vaughan in 2017, and they announced their engagement on Christmas Day in 2019.

In 2012, Harmon won a Gracie Allen Award for Outstanding Female Actor in a Leading Role in a Drama Series or Special for "Rizzoli & Isles," and she received a People's Choice Award for Favorite Cable TV Actress for the series in 2015. "Rizzoli & Isles" earned Angie and co-star Sasha Alexander a "TV Guide" Award nomination for Favorite Duo in 2014, and Harmon received a Women's Image Network Award nomination for Actress Drama Series for the episode "See One, Do One, Teach One." Angie and her "Law & Order" co-stars earned Outstanding Performance by an Ensemble in a Drama Series nominations from the Screen Actors Guild Awards in 1999, 2000, 2001, and 2002. 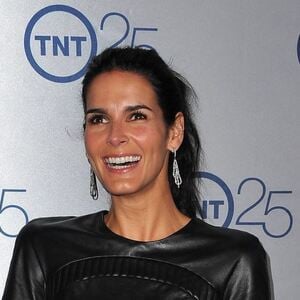