Angell Conwell Net Worth: Angell Conwell is an American actress who has a net worth of $2 million. Angell Conwell was born in Orangeburg, South Carolina in August 1983. She was the first African-American student body president at Seven Oaks Elementary School. Conwell moved to Los Angeles, California in 1994. She first appeared in the TV series Dave's World from 1994 to 1995 and Renegade in 1995.

In 2001 she had a recurring role as Kianna in the TV series City Guys. Conwell starred as Paige in the television series For Richer or Poorer from 2012 to 2013. Since 2012 she has starred as Lisa Stallworth in the series Family Time. Her best known role has come as Leslie in the television soap opera The Young and the Restless since 2010. Conwell has also starred in the films Baby Boy, The Wash, Soul Plane, Love For Sale, and Perfect Combination. She won a Special Mention for Baby Boy at the Locarno International Film Festival in 2001 and has been nominated for Image Awards for Outstanding Actress in a Daytime Drama Series for The Young and the Restless in 2013 and 2014. 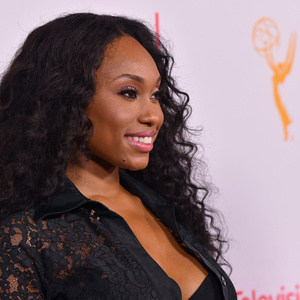