How much is Angelina Jolie Worth?

Angelina Jolie net worth: Angelina Jolie is an American actress, filmmaker and humanitarian. She has at times been one of the highest-paid actresses in the world, commanding $20 million in salary for a single role. Angelina Jolie's net worth is $120 million as of this writing. In a typical recent year Angelina earns $20-30 million from movie salaries and endorsements. For example, between June 2019 and June 2020 Angelina earned $35 million.

Early Life: Angelina Jolie Voight was born June 4, 1975, in Los Angeles, California. She is the daughter of actors John Voight and actress Marcheline Bertrand. Jolie's parents divorced in 1976 and she and her brother James Haven lived with their mother, who gave up her acting ambitions to raise her children. Her father's successful acting career inspired young Angelina to become an actor. When she was five-years-old, she had a bit part in her father's film Lookin' to Get Out (1982). When she was six, her mother and her live-in boyfriend moved to Palisades, New York. They moved back to Los Angeles five years later. It was at this time that she decided she wanted to act and enrolled at the Lee Strasberg Theatre Institute. She trained there for two years.

Jolie spent some time at Beverly Hills High School where she felt isolated from her affluent classmates because her family survived on her mother's modest income. She was bullied by other teens for being very thin with glasses and braces. Her mom tried to get her to model, but early attempts at that were unsuccessful. She transferred to Moreno High School. It was at this point that she began wearing all black clothing. She lived with her boyfriend and experimented with knife play.

Career: Jolie's first leading role in a film was in the 1993 straight-to-video sci-fi thriller Cyborg 2, followed by the cult-hit Hackers in 1995. Her breakthrough role came two years later, in 1997, with the biopic George Wallace, for which she won her first Golden Globe Award, followed up with another Golden Globe for her portrayal of supermodel Gia Carangi in HBO's Gia. Jolie swept the awards, earning a third Golden Globe, a second Screen Actors Guild Award and her first Academy Award for her supporting role in Girl, Interrupted. Jolie's diversity has secured her roles as an action star as seen in the Lara Croft franchise and Mr. and Mrs. Smith and as a voice actress for features Shark Tale and Kung-Fu Panda, which is Jolie's most financially successful film to date with gross earnings at $632 million worldwide.

Jolie directed, wrote and produced the film In the Land of Blood and Honey in 2011. After a three-and-a-half-year absence from the screen, Jolie starred in Maleficent (2014), a live-action reimagining of Disney's 1959 animated film Sleeping Beauty. That same year she wrote and directed the film Unbroken. Jolie's next directorial effort was the marital drama By the Sea (2015), in which she starred opposite her then-husband, Brad Pitt, marking their first collaboration since 2005's Mr. & Mrs. Smith. Jolie also wrote, produced, and directed the 2017 movie First They Killed My Father and starred in and executive produced the film The Breadwinner.

Jolie reprised the role of Maleficent in the Disney fantasy sequel Maleficent: Mistress of Evil in 2019, which received unfavorable reviews from critics but did moderately well at the box office with a global gross of $490 million. 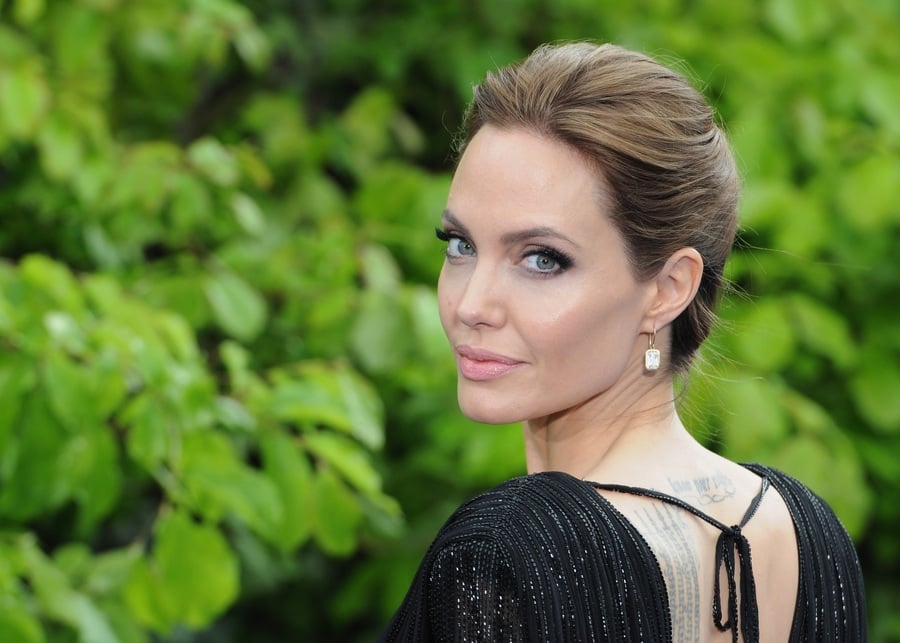 Personal Life: Jolie met Jonny Lee Miller on the set of Hackers in 1995 and married him in March 1996. Instead of the traditional bridal gown, Jolie wore black rubber pants and a white t-shirt on which she had written her groom's name on in her blood. The split the following year and divorced in 1999.

Jolie's divorce was finalized just shortly before she married actor Billy Bob Thornton on May 5, 2000, in Las Vegas after two months of dating. They met on the set of 1999's Pushing Tin. The couple was known for public declarations of their love, including wearing vials of one another's blood around their necks. Jolie and Thornton adopted a son, Maddox, from Cambodia in March 2002. They separated abruptly three months later. Their divorce was finalized on May 27, 2003.

Jolie was accused of causing the divorce of Brad Pitt and Jennifer Aniston in October 2005. She said she fell in love with wth Pitt while they were filming 2005's Mr. & Mrs; Smith. They went public with their relationship in January 2006, when she confirmed that she was pregnant with his child. Jolie and Pitt were together for 12 years. Their family grew to include six children, three of whom were adopted. Jolie and Pitt married on August 23, 2014. They separated in September 2016. Their divorce proceedings and custody battle was drawn out. Their divorce was final on April 12, 2019.

Jolie is heavily involved in humanitarian efforts, becoming involved with UNHCR, traveling all over the world on field missions and donating money to various relief organizations. Jolie also co-founded the Jolie-Pitt Foundation with actor Brad Pitt.

Money Problems? As part of their bitter divorce battle, in August 2018 Angelina claimed to be cash-strapped and demanded more financial support from Brad Pitt. Court records revealed that Pitt had given Jolie $8 million as a down payment for the $25 million property she purchased in April 2017 because she did not have the funds herself. In reality, it's likely that Angelina has ample funds that are locked up in trusts and investments. When they married in 2014, Pitt and Jolie agreed they did not need a prenup because both were coming into the marriage with net worths "exceeding $100 million." So where is Jolie's money? One answer is that she simply did not want to divest her assets to buy a new house when she knew that Pitt would almost certainly be obligated to provide her the funds. It should also be noted that between August 2017 and August 2018, Angelina earned $28 million from salary and endorsements which made her the second-highest-paid actress on the planet. 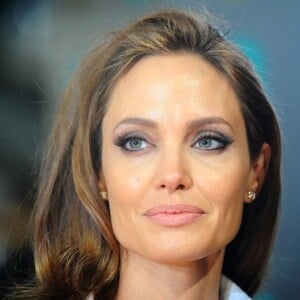