How much is Angela Sarafyan Worth?

Angela Sarafyan net worth: Angela Sarafyan is an Armenian American actress who has a net worth of $6 million. Angela Sarafyan was born in Yerevan, Armenian SSR in June 1983. She moved to the United States with her parents at four years old. Sarafyan starred as Helena in the television series Hot Sluts in 2009. In 2010 she starred as Samantha in the TV series The Good Guys. Sarafyan starred as Clementine Pennyfeather in the series Westworld in 2016. She has starred in the movies A Beautiful Life, The Informers, Love Hurts, The Twilight Saga: Breaking Dawn – Part 2, The Immigrant, Me Him Her, and more. Sarafyan has also appeared in episodes of the TV series Judging Amy, Buffy the Vampire Slayer, The Shield, The Division, 24, CSI: NY, Lincoln Heights, Cold Case, In Plain Sight, The Mentalist, Criminal Minds, Law & Order: Special Victims Unit, Blue Bloods, and American Horror Story. 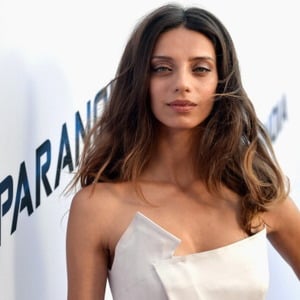