Angela Robinson net worth: Angela Robinson is an American film and television director, producer, actress, and screenwriter who has a net worth of $3 million. Angela Robinson was born in San Francisco, California in February 1971. She studied theater at Brown University and received an MFA from New York University.

As an actress she starred in the television series The Haves and the Have Nots as Veronica Harrington from 2013 to 2014. She wrote and directed the short Chickula: Teenage Vampire in 1995 and produced the short Ice Fishing in 1999. Robinson wrote and directed the short D.E.B.S. in 2003 which won awards including the New York Lesbian and Gay Film Festival Award for Best Short. From 2004 to 2009 she produced, wrote, and directed The L Word. In 2004 she directed, wrote, and edited the feature film D.E.B.S. which was nominated for a Black Movie Award for Outstanding Achievement in Writing. Robinson directed the movie Herbie: Fully Loaded in 2005. She directed the 2010 film Gigantic and has also worked on the TV series Hung, Charlie's Angels, and True Blood. Angela is a lesbian and often deals with gay and lesbian issues in her films. 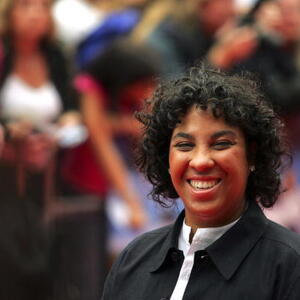