What is Angela Lansbury's Net Worth and Salary?

Angela Lansbury is a British-American actress and singer who has a net worth of $70 million. With a career that stretches back to the so-called "Golden Age" of Hollywood, Lansbury is a living reminder of the rich history of filmmaking. She is the oldest living Academy Award nominee. All in all, Lansbury's career has spanned more than eight decades.

After living through World War 2 in London, Angela relocated to the United States and soon found acting work. After a number of film roles, she focused mostly on stage acting throughout the next period. She is also known for her television roles, most notably with "Murder, She Wrote." To this day, Lansbury continues to appear in various films, including 2018's "Mary Poppins Returns."

Throughout her career, Angela Lansbury has won several awards and honors. These include an Honorary Oscar, five Tony Awards, six Golden Globes, and an Olivier Award. She has also been nominated for an Academy Award on three separate occasions. Amazingly, Angela has never won an Emmy Award despite being nominated 18 times. A total of three biographies have been written about her life journey.

Angela Brigid Lansbury was born on October 16th of 1925 in Regent's Park, London, England. Raised in an upper-middle-class family, Angela's father owned a wood veneering company and became a politician. Her mother was Moyna MacGill, an Irish actress who appeared in several films and West End theatrical productions. At the age of nine, Lansbury's father passed away from stomach cancer. This prompted her to "escape" into acting, playing various characters as a coping mechanism. Even into the 2010s, Lansbury admitted that her father's death still affected her deeply.

During this period, Angela also became obsessed with movies and learned how to play the piano. She then studied acting in West London and began appearing in her first plays. When World War 2 broke out, Angela's mother decided to take her children out of London to escape the bombing raids. The family relocated to the United States, first landing in Montreal, Canada before continuing to New York City. While in New York, Lansbury continued her acting education, studying at the Feagin School of Drama and Radio. Once again, she appeared in stage productions. Lansbury eventually graduated from drama school in 1942.

Lansbury first gained acting work alongside her mother, earning $60 a week singing songs at nightclubs at the age of 16. She eventually followed her mother to Los Angeles in order to pursue a film career. Angela gained work at a department store and ended up supporting the entire family on her wage of $28 per week.

Lansbury's real breakthrough came when she met John van Druten, a British playwright who had just written the script for "Gaslight." Angela was cast in the film alongside Ingrid Bergman as a cockney maid at the age of 17, and she earned $500 per week while on set. Lansbury was also singled out for praise by critics and was nominated for an Academy Award for Best Supporting Actress.

After signing a contract with MGM, Lansbury appeared in a range of additional films throughout the next few years. These included "National Velvet," "The Picture of Dorian Gray," and eleven more films until her contract ended in 1952. In the years that followed, many observers stated that this MGM contract had been detrimental to Lansbury's career, as she was continuously miscast in mediocre films. Over the next few years, Lansbury appeared on radio shows and continued her theatre career.

After ending her contract with MGM, Angela was cast as much older women in various films, despite being in her 20s. She returned to prominence with films such as "The Long Hot Summer" and "The Reluctant Debutante." After a number of additional film and theatre roles, Lansbury joined the cast of "The Manchurian Candidate," playing a villain. This role proved to be one of her most notable accomplishments, and she was nominated for another Academy Award for Best Supporting Actress. 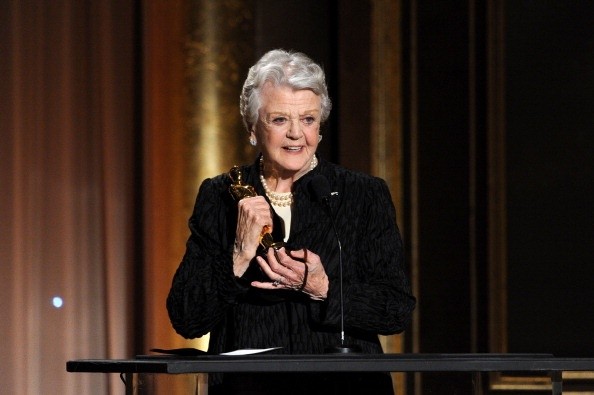 In the mid-60s, she gained recognition for playing the title role in the musical "Mame," which became a cult classic among the gay community. More film roles followed, but her most prominent achievement during the 70s was her performance in the musical "Gypsy." Towards the end of the 70s, Lansbury continued to cause a stir with her stage career, appearing in the musical "Sweeney Todd: The Demon Barber of Fleet Street." Throughout the 80s, Angela continued to book a variety of film roles.

In 1983, Lansbury landed the role of Jessica Fletcher in the TV series "Murder, She Wrote." The series ran 264 episodes over 12 seasons through 1996, becoming the longest-running detective drama in television history and attracting a massive audience during its run.

One of her most-beloved roles came in the 1991 Disney animated version of "Beauty and the Beast." Angela version of Mrs. Potts became iconic.

From the late 90s onwards, Lansbury largely returned to theatre, although she did continue to appear in various television series. Film roles during this period came with "Nanny McPhee," "Mr. Popper's Penguins," and "Mary Poppins Returns."

In 2019, it was announced that Lansbury was returning to Broadway once again with a production of "The Importance of Being Earnest."

Angela Lansbury's first husband was the late actor Richard Cromwell, whom she married at the age of 19. The 35-year-old Cromwell married Angela in 1945 but divorced her in 1946. Lansbury later discovered that Richard was actually gay.

Her second husband was another actor named Peter Shaw, and they were wed in 1949. During their 54-year marriage, the couple had two children together. In 2003, Shaw passed away.

In the 1960s, Angela discovered that her children had become addicted to drugs as teenagers. Although Angela and Peter started with marijuana, they were soon taking heroin and cocaine. Lansbury even admitted that her daughter Deidre was connected to the followers of Charles Manson. In an effort to set her children straight, Angela relocated the entire family to County Cork in Ireland. In the end, both of her kids became clean. Lansbury later blamed herself for her kids' drug issues, saying that she had become too focused on her entertainment career and not enough on her family life.

Angela Lansbury has amassed an impressive real estate portfolio over the years. She owns an apartment in New York City that lies one block south of Central Park, which she purchased in 2006 for $2 million. She also owns an extensive residence in the Brentwood neighborhood of Los Angeles. 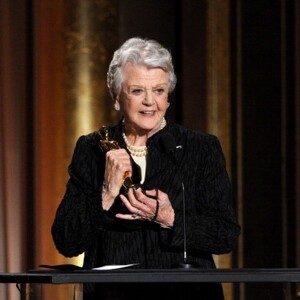