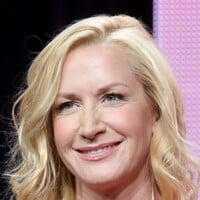 What is Angela Kinsey's Net Worth and Salary?

Angela Kinsey was born Angela Faye Kinsey on June 25, 1971, in Lafayette, Louisiana. When Angela was 2 years old, her parents, Billy (a drilling engineer) and Bertie, moved the family to Jakarta, Indonesia, and they spent 12 years there. Kinsey has three older sisters, Billie, Janet, and Tina, and she learned to speak Indonesian and attended the Jakarta Intercultural School. After returning to the U.S., the family lived in Archer City, Texas. Angela enrolled at Baylor University, where she studied English, joined the Chi Omega sorority, took theatre classes, and took part in the "Baylor in London" program. She graduated from  Baylor in 1993, then interned at "Late Night with Conan O'Brien" in New York City (something her future "Office" castmates Mindy Kaling, Ellie Kemper, and John Krasinski also did). At "Late Night," Kinsey worked for Max Weinberg, the show's band leader, and she has said that her experience on the show inspired her to take a cross-country road trip to California.

After moving to Los Angeles, Angela took improv classes at iO WEST and The Groundlings. She starred in a two-woman show at iO WEST and worked as an operator at 1-800-Dentist, and in 1997 and 1998, she lent her voice to two episodes of the animated series "King of the Hill." Kinsey guest-starred on "Step by Step" in 1998 and "Run of the House" and "All of Us" in 2003, and she appeared in the short film "Career Suicide" in 2004.

Before being cast as accountant Angela Martin on "The Office" in 2005, she auditioned for the part of Pam Beesly, a role producers told her she was "a little too feisty for." Angela appeared in 188 episodes over nine seasons, and while starring on the show, she guest-starred on "Monk" (2007 and 2008) and "Yo Gabba Gabba!" (2010) and appeared in the television film "A Temporary Life" (2010). She made her big screen debut in 2007's "License to Wed" alongside her "Office" co-star John Krasinski, then followed the film with 2009's "Tripping Forward," 2010's "Furry Vengeance," and 2012's "Struck by Lightning." 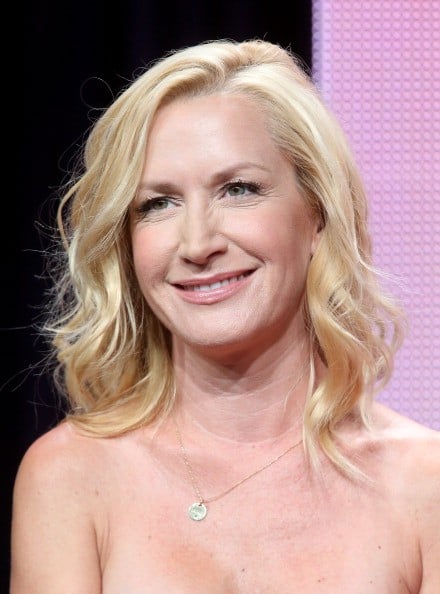 In October 2019, Angela and Jenna Fischer launched a podcast called "Office Ladies." They have produced over 100 episodes and the podcast has become extremely popular with a 4.8 rating after nearly 80,000 ratings on iTunes alone. In each episode, Angela, Jenna and periodically guests deconstruct each episode of "The Office." In 2021 the show won the iHeartRadio Podcast of the Year award.

Angela married writer/producer Warren Lieberstein, brother of her future "Office" co-star Paul Lieberstein, on June 18, 2000, and they welcomed daughter Isabel on May 3, 2008. This marriage also made Kinsey the sister-in-law of Greg Daniels, who developed the U.S. version of "The Office." Angela and Warren, who worked on "The Office" as a writer and producer, divorced in 2010, and she went on to wed actor/baker Joshua Snyder on November 13, 2016. Kinsey and Snyder have a website and YouTube channel together called "Baking with Josh & Ange." Angela is a Presbyterian and a supporter of the nonprofit organization Alley Cat Allies.

Kinsey has won two Daytime Emmys for Outstanding Broadband Program – Comedy for "The Office" web series, and "The Office" earned a Gold Derby Award for Ensemble of the Year in 2007 and a Future Classic Award at the 2008 TV Land Awards. "The Office" cast received seven Screen Actors Guild Award nominations for Outstanding Performance by an Ensemble in a Comedy Series, winning in 2007 and 2008. Angela was presented with the New Establishment Award at the 2010 LA Femme International Film Festival, and "The Office" earned her an Online Film & Television Association Award nomination for Best Supporting Actress in a Comedy Series in 2008. "The Hotwives of Orlando" received a Best Ensemble Cast nomination at the 2015 Streamy Awards, and for "Office Ladies," Kinsey and Jenna Fischer have earned a Discover Pods Award for Best TV and Movie's Podcast (2019) and iHeartRadio Podcast Award for Podcast of the Year (2021) as well as nominations from the Webby Awards and Shorty Awards.